Fiji rugby coach John McKee wants the team's historic victory over France to become the norm rather than the exception.

The Flying Fijians prevailed 21-14 in Paris at the weekend, keeping the hosts scoreless in the second half to clinch their first ever win against Les Bleus. 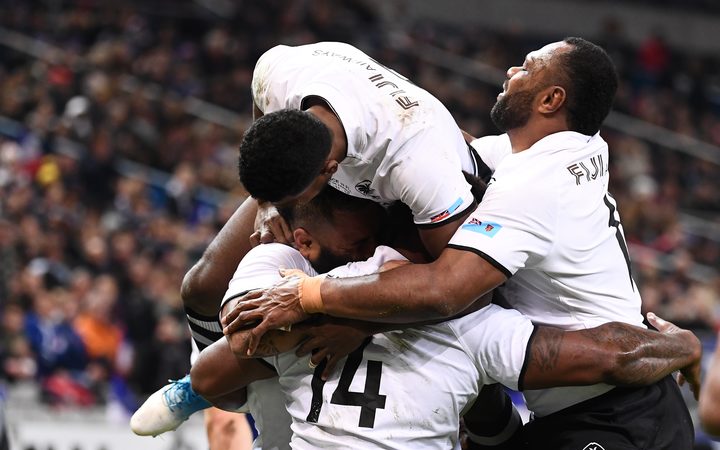 Victory in Paris and definitely something worth singing about. At the tenth time of trying the Flying Fijians finally conquered the tri coloures, scoring two stunning first half-tries and keeping the hosts scoreless in the second half. Speaking after the match, captain Dominiko Waqaniburotu said the team was determined to create history.

"It's come from all the hard work the boys have done today and I really appreciate how hard we have done and we've been working through all of this week, we just worked on our defence and even though they were really good in the maul we just have to pick it up again, keep our heads up, we have to keep on working hard."

Fiji spent large parts of the final quarter of the match pegged back on their own goal-line defending wave after wave of French attack. But coach John McKee says they dug deep and found a way.

"We know we've got very talented athletes but the thing is on the mental side of things to have a real self belief of what we can achieve and the players took huge steps in that direction this week. With around 300 days until we play in Japan...it's a great motivator for the players to do those little extra bits between now and July when we reassemble so we can make the most of that build-up period we have towards Rugby World Cup 2019."

Fiji's historic win will lift them up to a career high of eighth in the World Rugby Rankings, leapfrogging the French as well as 2015 World Cup semi finalists Argentina. And after securing arguably the biggest win in Flying Fijians history, John McKee says his team is capable of competing with anyone in the world.

"We want to get away from this tier one vs tier two mantle. We want to get to the point where Fiji can take on anyone and it's not so much considered tier one/tier two: you're playing whoever and we can get a result against any opposition anywhere, that's what we're working towards. If we want to do well in the World Cup we can't focus too much on tier one/tier two, you've got to focus on the results we need to get to progress through to playoff stages, and if we can progress to the playoffs I believe anything can happen."

With Australia, Uruguay, Georgia and Wales in Fiji's World Cup pool, another major scalp will be needed if they're to reach the quarter finals for the first time since 2007.