The 19 year old was part of the Levuka weightlifting community that has now split away from Weightlifting Fiji, claiming the national body has mistreated and bullied their athletes.

Last month the breakaway Fiji Weightlifters Association, which has no international affiliation, was created in response to their greivances not being addressed.

Cikamatana, who is based at the Oceania Weightlifting Institute in Noumea, told Vinnie Wylie that Weightlifting Fiji tried to force athletes to return to Fiji to train and hired an international coach against their wishes. 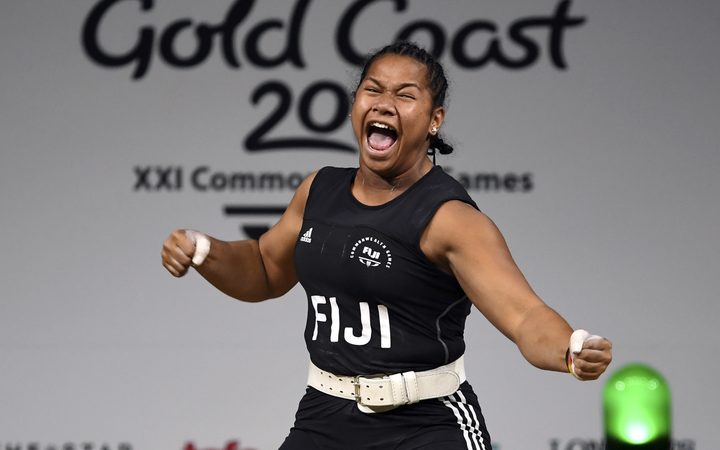 Eileen Cikamatana celebrates on her way to winning gold in the women's 90kg weightlifting final at the 2018 Gold Coast Commonwealth Games. Photo: AFP