At the annual meeting of the decolonisation committee, the French Polynesian government delegation again argued that French Polynesia should not even be on the list of non-self-governing territiories.

The UN General Assembly returned it to the list in 2013.

Walter Zweifel has this report. 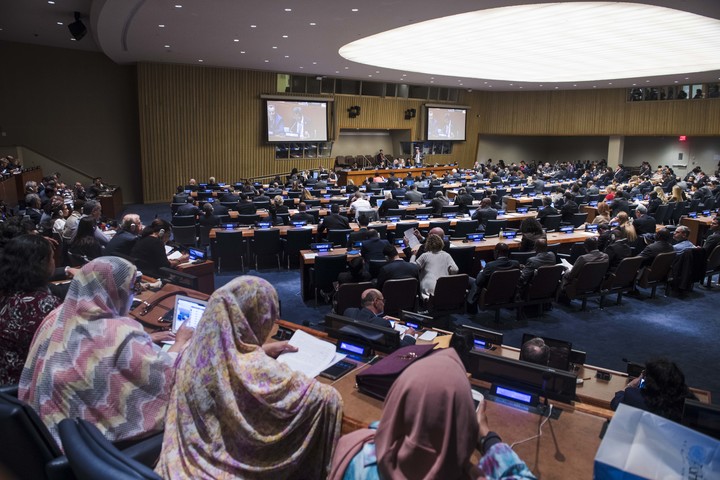 "Who did we hear from today? France? No! French Polynesians like us, but who, unlike us, wish to stay colonised forever."

That is Moetai Brotherson, a pro-independence delegate from Tahiti, noting again France's refusal to engage.

The proponents of the status quo, that is of the autonomy, were present in numbers, rejecting any notion of French Polynesia not being free.

The president Edouard Fritch invited the decolonisation committee to Tahiti to see for themselves how things are.

He alleged that the UN expertise on French Polynesia is flawed.

His word are translated.

"The author, an American citizen, was an employee of the pro-independence French Polynesia group and we have proof of that. I addition, in preparing this report the author of this study has never met or heard the institutional authorities of French Polynesia, including myself."

"The administering power operates behind the scene to minimise its responsibility and guiltiness with regard to the crimes against humanity perpetrated on our people."

The pro-independence leader Oscar Temaru said all living French presidents were now being taken to the International Criminal Court for alleged crimes against humanity.

The announcement wasn't audible to the sitting because the microphone had been turned off as he had reached the end of his allotted speaking time.

Teva Rohfritsch, who is the vice-president, says France has acknowledged its responsibility and is in process of compensating victims.

His words are translated.

"We have attained recognition of this nuclear fact and there are proceedings underway that are related to this."

Compensation has been paid to only a handful of claimants and Mr Brotherson pointed out that in budgetary terms, it is insignificant.

"It i equivalent to the budget that the city of Paris dedicates to poop removal, dog poop removal, every year. That's the level of indignity."

France has said its ties with French Polynesia is none of the UN's business, describing the reinscription by the General Assembly as a glaring interference.

"How much longer will our administering power be allowed to treat the question of French Polynesia's decolonisation process as a bilateral non-issue when it is in fact a true multi-lateral issue about people's right to sovereignty?"

In contrast, France is cooperating with the UN over the decolonisation of New Caledonia which will go to a referendum next month.