New Zealand accused of not investigating corruption in Tokelau

A former official in Tokelau's government is accusing New Zealand of failing to investigate allegations of corruption in the territory.

RNZ Pacific can reveal serious concerns were raised about the conduct of a former Tokelau public servant in 2015, more than two years before they were fired for separate misconduct. 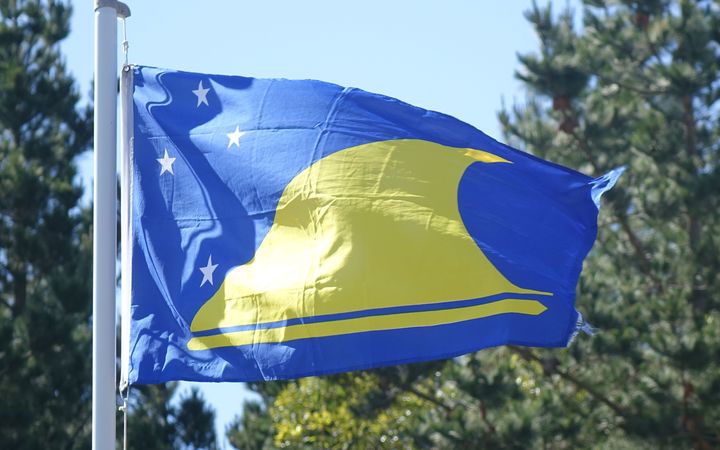 The whistleblower, Mario Volk, raised allegations in 2015 of corruption within Tokelau's government with the General Fono, or parliament, as well as New Zealand's Foreign Ministry and Auditor-General.

Mr Volk is a New Zealander who served as the territory's finance director for two years and says no action has been taken to investigate his claims.

The Auditor-General has been unable to investigate because of a backlog of unaudited financial accounts dating back to 2014, when the alleged incidents took place.

Mr Volk's claims largely centre on the conduct of Jovilisi Suveinakama, a former General Manager of Tokelau's public service, who did not respond to requests for comment.

Mr Suveinakama had been in the role since 2007 but was dismissed in November last year after a probe into the use of millions of dollars of government funds for buying helicopters and property in Samoa, found he had acted without approval.

A legal case is pending over his dismissal.

"The concerns that I raised predated the helicopters and the land issues. They still came. There will be other issues because New Zealand has not insisted and has not put in place good governance and sound financial management practices."

According to Mr Volk, Mr Suveinakama received a $NZ15,000 raise in December 2014, despite a General Fono resolution that no salary increases be made for public servants or officials.

Tokelau's population of 1,500 people means it is common for members of the same family to occupy positions in the government at local and national level.

Mr Volk says Mr Suveinakama authorised $5,000 in daily allowance payments to his wife in December 2014 - payments he says she was ineligble for.

Mr Volk says he raised all of these concerns with Siopili Perez, the Finance Minister and Ulu, or head of state, at the time, who initially agreed to an independent investigation but later told the former finance director not to proceed.

Mr Volk's contract ended in May 2015 and was not renewed by Tokelau's government.

Mr Volk accuses New Zealand of inaction and says it has done a poor job of managing Tokelau's governance.

Tokelau receives around $12 million each year in funding support from New Zealand, as well as regular one-off funding allocations.

In a written statement, a spokesperson for the Ministry of Foreign Affairs and Trade says it is aware of the allegations and it is the responsibility of the Office of the Auditor-General to investigate.

It denies any of its staff acted inappropriately.

"The Ministry of Foreign Affairs and Trade and its staff take its responsibilities around financial stewardship very seriously. We have no tolerance for corruption or the misuse of public funds."

In September 2015, Mr Volk wrote to the Office of the Auditor-General, outlining his concerns and asking for an investigation to be launched.

Five months later, the office wrote back, saying it could not take action because Tokelau's financial statements had not yet been audited but the issues would be considered.

"Thank you for sharing your concerns and supporting information with us. We understand the strength of your concerns, the seriousness of the allegations you have raised, and why you have approached us with those concerns."

In a statement, a spokesperson for the Auditor-General said the 2014/2015 financials have still not been audited.

A Ministry of Foreign Affairs and Trade briefing in May last year acknowledged the audit backlog but said it would be resolved by March this year.

That has not happened.

A hearing has been set for February next year.

Former finance director Heto Puka, who replaced Mr Volk but was removed alongside Mr Suveinakama last year, is also a plaintiff in the case.

The pair have been granted $50,000 towards their legal costs by the Taupulega of Fakaofo, which is effectively funding a lawsuit against its own government.