Chinese official at Nauru Forum accused of trying to bully

A Chinese official who reportedly stormed out of a meeting of Pacific Island Forum leaders has been accused of trying to bully Forum members.

China's delegation had earlier had trouble obtaining visas to attend the key regional gathering in Nauru.

Nauru is tied to Taiwan diplomatically and the incidents have highlighted tensions between China and Taiwan in the region. 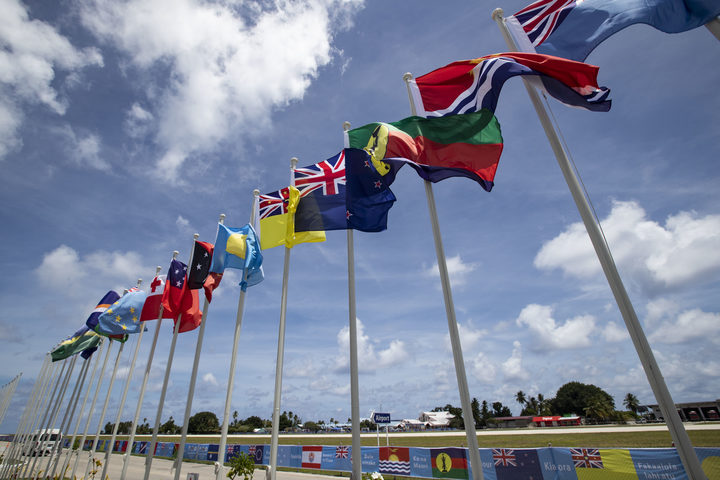 Nauru's President and Forum Chair, Baron Waqa, says the official attended a meeting of leaders on Tuesday. He says while there the official interrupted a speech from the Tuvalu Prime Minister.

"Maybe because he was from a big country he wanted to bully us."

China is a so-called dialogue partner at the Forum, seen as the region's premier body.

"The Chinese demanded to be heard when the Prime Minister was about to speak and other ministers were given the priority to speak and he insisted and was very insolent about it and created a big fuss and held up the meeting of leaders for a good number of minutes."

"Dialogue partners were clearly told that you bring your highest level of representation to sit alongside our presidents and prime ministers of the region. Some partners chose not to."

Nauru is one of six Pacific island countries which recognise Taiwan. Baron Waqa says while Nauru does not have diplomatic relations with China, it's a normal relationship.

"We do business with them, fisheries and all that and it's a reciprocal arrangement. We don't have diplomatic relations but we respect them."

"Taiwan is seeking to extend its relationship with countries in the Pacific. Last November the new Taiwanese president toured three Pacific countries Tuvalu, Marshall Islands and Solomon Islands  that had diplomatic relations with Taipei rather than Beijing. Taiwan certainly wants to avoid countries flipping as has happened in the past in the region towards China with its One China policy so this diplomatic toing and froing is going on."

Nic Maclellan says there's some frustration at the meeting that important Pacific-wide issues aren't getting attention.

"We've heard this meeting from most of the delegations that climate change is the central issue and I think the Taiwan/China dispute and other disputes on the fringes of the meeting really take the focus off the core agenda that the island countries are promoting around the oceans, around resource management particularly for fisheries , certainly around climate change and also about ultimately human development and human security."

Nic Maclellan says he was unsuccessful in getting a comment from the Chinese officials.