Andrew Hughes, the Australian appointed to run Fiji's police force in the wake of the 2000 coup, has died after a battle with bowel cancer.

He died in Cairns on Tuesday at the age of 62.

But his time there was tumultuous, leading to the emergency evacuation of his family just before the 2006 coup led by the then military commander, now prime minister, Frank Bainimarama.

Mr Nair told Sally Round how Andrew Hughes came to be appointed as Fiji's Police Commissioner in 2003. 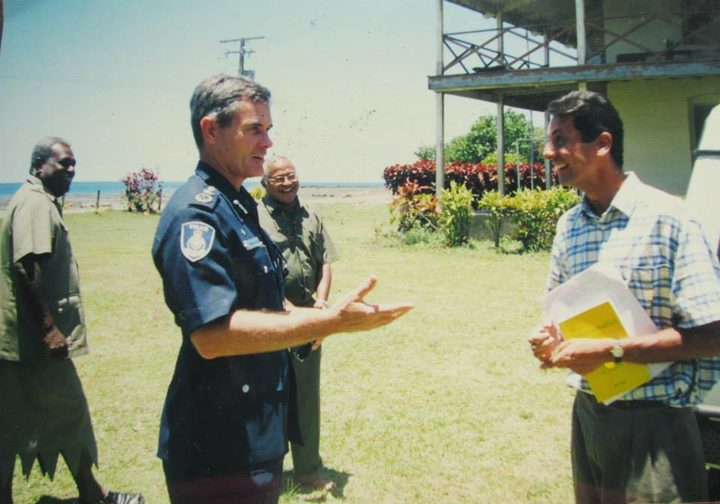 Andrew Hughes (left) in his role as Fiji Police Commissioner during a visit to St John's College in Cawaci in 2003 where he met Darren Koch (right) a fellow Australian who taught at the college. Photo: Courtesy of Katherine Foi