The Samoa Observer comes a long way after 40 years

The founder of the Samoa Observer says the paper has been through a lot over its 40 years of being published.

Gatoaitele Savea Sano Malifa and staff at the paper he founded, marked the anniversary over the weekend.

Gatoaitele told Koro Vaka'uta it was a moment to be celebrated. 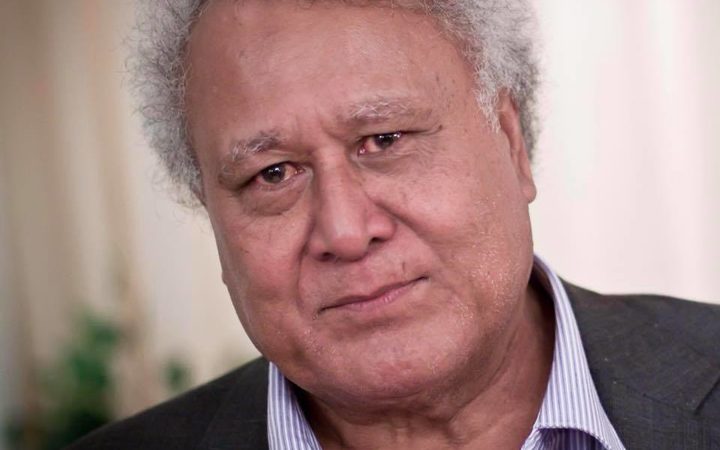 GATOAITELE SAVEA SANOA MALIFA: Finally we have got here despite all the things that have been happening to us, on the road just behind us, all this time, 40 years.

KORO VAKA'UTA: What was it that inspired you to be involved and to launch the Observer?

GSSM:  We decided with a friend. When I returned from American, that was during the time [President] Nixon was in trouble. He was pardoned. I left Washington DC and went to New York and then when I came to California, my family at home in Samoa said that my mother was ill so I went back home. After I was there for some time, that was when we started a newspaper with a friend of mine in his cookhouse in a village in Apia. From then on it kept on progressing all the way until now after 40 years.

KV:  What has been the highlight for you over those 40 years? I know there is probably a lot.

GSSM:  A lot of things happened at that time. Some of them were OK, right, some of them were troubling. At the time we had some real problems with the government. Samoa had just become independent and that was when we had quite a serious problem and it continued. 40 years is a long time. Along the way the government come and we were sued by them, our printing barn was destroyed by fire.

KV:  I know you have had a long journey, as you have mentioned, what are you most proud about when people talk about the Samoa Observer?

GSSM:  For me personally and my family, we were glad that despite what the government had been trying to do to shut the paper down, we went on publishing. How did they try to shut it down? By suing us with huge amounts of money and also with the introduction of the Criminal Libel Law. The truth is, I was sued by the Prime Minister for a number of things that we were putting in the paper and eventually the Prime Minister died and the Chief Justice discontinued the case.

KV:  The Observer, it's as strong as ever, what's the key to being so successful?

GSSM:  Me and my wife agree that the truth is above all else, everything. We can not shy away from telling the truth, even if a bloody gun was put in our faces. (I am being funny here). The truth is sacrosanct to us. After living in American and my wife is American, we know about the 'other truth ' and when we came here we insisted that the truth has to be told, despite what the government would like to do to us. Right now, I would like you to know that all those things in the past are no longer here. We are hoping that a new era will begin in Samoa where there is peace and happiness and freedom, and the truth.