The South Pacific is a key focus for a new fellowship established to help convey previously untold histories from New Zealand and the region.

The fellowship has been launched by the Judith Binney Trust, which was established in 2013 to honour the memory of the prominent New Zealand historian.

The Judith Binney Fellowship is dedicated to the enrichment and understanding of South Pacific history. 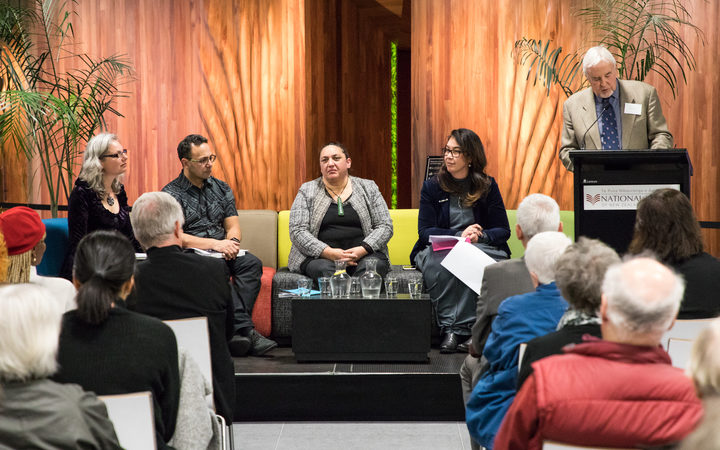 Dame Judith was one of New Zealand's most distinguished historians.

She died in 2011 having spent 40 years weaving a comprehensive historical fabric by placing different voices at the heart of the narrative.

To the Tuhoe people she's known as Te Tomairangi o Te Aroha - the gentle rain of love - a title they bestowed on her at the launch of the history Encircled Lands.

The Ngai Tuhoe scholar and Victoria University vice-chancellor Maori Rawinia Higgins says meeting her in 2010 was a definite "fan-girl moment".

"When I did get a chance to talk to her, I felt like she already knew me. As I reflect on that time, I realise that she did know me. She had written about me. She had tried to understand me and my ancestors for a good part of her career."

A Judith Binney trustee, publisher Bridget Williams, says it's this type of "rigorous, courageous and imaginative" historical writing they want to support with fellowships and awards.

Another of the trustees, emeritus professor Atholl Anderson, says they hope to give people time off to dedicate to their own original research with a hope to being published.

Mr Anderson says Dame Judith was interested in the settling of the Pacific and in different academic disciplines like archaeology which help paint an historic picture.

"Because we see all of the cross-connections that are going on between the original people who became Polynesians in the Pacific three or four thousand years ago and their movement right across the Pacific all the way to almost the Americas and then down to New Zealand."

Atholl Anderson says Polynesian history is long and various encompassing archaeology, anthropology, genetics and linguistics which are all avenues for fellowship.

A former student of Judith Binney's, the prominent Pasifika historian Toeolesulusulu Damon Salesa, says because New Zealand is such an important centre for Pacific history the fellowship will have a big impact.

Dr Salesa says there are many stories yet to be told.

"Everything from the story of de-colonisation in the Pacific, even migration stories. We're in a generation where we're going to see many of these original migrants pass away, we need to capture those stories, that's the kind of work Judith Binney used to do. We need all the historians we can get to make sure our stories aren't silenced, that they're not lost."

The annual Judith Binney Fellowship will be available to an established scholar to undertake or complete a significant project with funding set between 33 and 53-thousand US dollars.

Smaller writing awards will be decided on an ad hoc basis to support emerging historians at a range of six-and-a-half to 20-thousand US dollars.

Tuhoe's Rawinia Higgins says Dame Judith's legacy is the next generation of historians.

"And enabling them to speak truth to power. It is hoped that these fellowships in her name will continue to support other histories to be written so that the voices of generations before us live on into the future."

Applications for the inaugural 2019 fellowship are open to New Zealand citizens and residents.

It's anticipated that the fellowship will be taken up in the first qurter of next year with the project completed in 12 months.