Trump urged to give Guam soldiers the right to vote

Guam's governor has penned a letter to the US president, Donald Trump, asking him to consider giving Guamanians who have served in the US military the right to vote for president.

As a US territory, Guamanians are US citizens, but they can't vote for president and their congress delegate is unable to vote.

Eddie Calvo says his request is the latest step in a long - and by his own admission, very difficult - fight for greater rights for Guamanians.

He began by telling Jamie Tahana why he thinks Guamanians who have fought for the United States deserve a chance to elect their commander-in-chief. 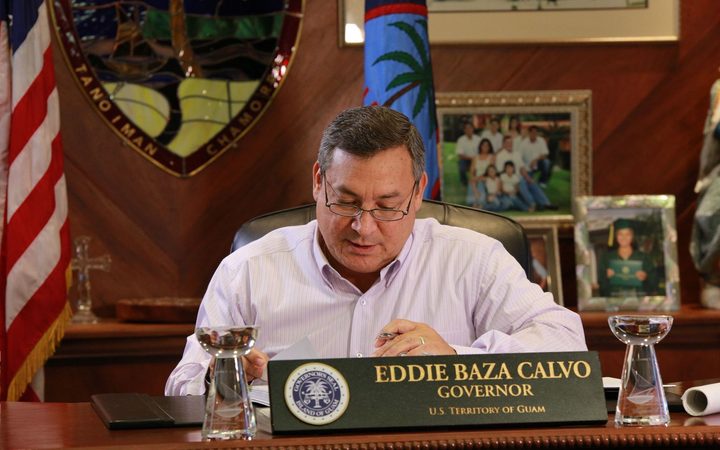