After a week of protests, the SLN nickel company in New Caledonia has decided to close its mining site at Kouaoua indefinitely.

This comes also after yet another fire at the site which damaged the conveyor belt feeding ore to the coast.

Walter Zweifel has been following the story and Moera Tuilaepa Taylor asked him how this situation evolved. 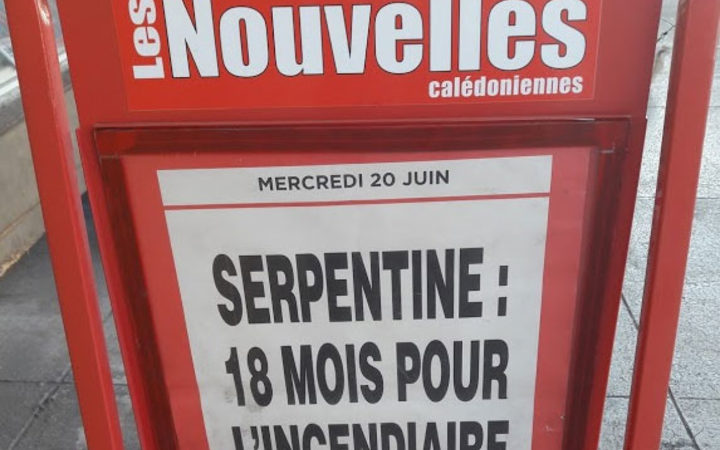 WALTER ZWEIFEL: The risk of a closure, even if it will be temporary, has been there for a while because of growing vandalism. The site has been targetted with increasing frequency and always at night. Last year, the mayor of Kouaoua said after the third such fire that it was hardly the work of petty criminals, suggesting it was squarely aimed at SLN. He warned that SLN might shut down the site. He implored locals to break the code of silence and help catch those who keep setting fires.

MOERA TUILAEPA TAYLOR: Did anyone ever get caught in connection with the fires?

WZ: Two months ago, a 31-year-old local man was arrested and admitted to the facts, saying he acted because SLN had broken a promise to build a football field and a church. He was given an 18-month prison sentence. Yet, fires have continued to be lit, and each time causing substantial material damage and interruptions.

MTT: But the blockade of the site was something new?

WZ: Yes, access was the site was blocked last week by dozens of young people. They were upset at the clear-felling of trees to expand the mining operation. Fearing violence, nobody intervened amid hopes that talks could resolve the dispute. The protesters called for a halt to the mining expansion which had however been approved. According to reports, threats were made to damage installations at the site.

MTT: What are the implication of this closure?

WZ: According to SLN about 400 jobs by staff and contractors are affected. SLN says it will try to find work for those affected on other sites. SLN is New Caledonia's biggest private sector employer but in general jobs are scarce, especially in the northern province where Kouaoua is located. Unions have expressed concern at the growing vandalism at the territory's mining sites, saying in recent months there have been break-ins, theft of vehicles and repeated attacks, such as in Kouaoua.

MTT: Will the closure last?

WZ: SLN says it is prepared to engage in talks to re-open Kouaoua but this can only happen if the safety of its employees and sub-contractors can be assured. For SLN, this is a blow because the nickel industry is still struggling to come out of the price slump of a few years ago. The company is running at a loss but with a restructure it hopes to secure a better future. There is an air of uncertainty in New Caledonia as a referendum is near on independence from France. And added to that is a worry about crime and lawlessness which will only be fuelled by what has been happening in Kouaoua.