A State of Emergency remains in place on the Vanuatu island of Ambae until the 26th September 2018 following an increase in volcanic activity in late July.

A full, compulsory evacuation of the Ambae population is currently underway following a decision by the Vanuatu government two weeks ago.

The island's original population is estimated at about 10,000 but since the Manaro Voui volcano began erupting in September last year many people had already left. 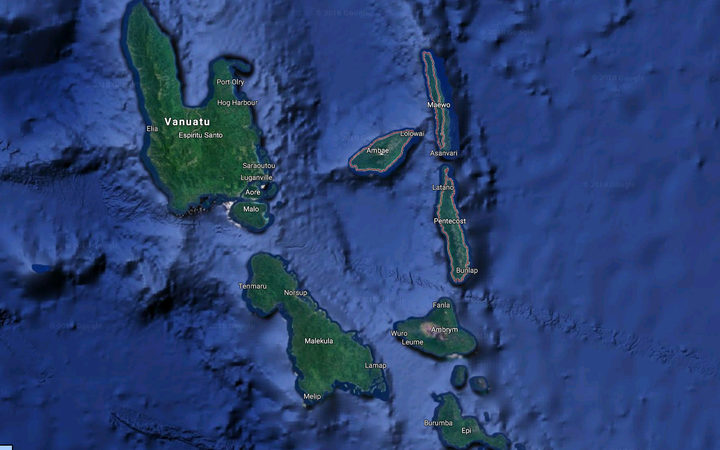 "Most of the people are moving to Santo, voluntarily. But the government assisted movement is to the island of Maewo."

She says during the first week of August over 1400 people have been relocated by the government from Ambae to Maewo and an estimated 3200 others have evacuated voluntarily to Luganville on Santo.

The Red Cross is helping the government with the provision of emergency shelter supplies on Maewo, including tarpaulins, tents, tools, bednets and lanterns and UNICEF is assisting with preschool education, water and hygiene kits.

Ms Ores says both sea and air transport is being used for the mass evacuation.

"According to the logistics they're using seven vessels, sea vessels. We are also air lifting vulnerable groups through Air Vanuatu and other airlines."

Lopanga Ores says around 150 evacuees from East Ambae with special needs and their care takers arrived in Luganville by boat and the number is expected to increase as people in West Ambae and others due be airlifted will arrive in Luganville over the next few days.

Dr Sam Tapo is the head of the government response team's health cluster and also works for the Ministry of Health.

He says the medical team on Ambae has prioritised those who need the most urgent help.

Dr Tapo says health surveillance of the Ambae population has so far not reported any serious outbreaks of disease.

He says face masks have been issued to give protection from the volcanic ash, respiratory problems are so far not significant, and the report of a man dying from asthma has yet to be confirmed.

He says the most common issue is stress and deteriorating mental health for the population, as they try to cope with the ongoing threat from the chronic eruptions and relocation.

"Most of them will have psychosocial needs, especially counselling. Not only them but our very own staff that have been serving the people on Ambae, they will also need support. So that is the very area that now the Ministry of Health, we are trying to address that area."

Lopanga Ores says the NDMO hopes to complete the Ambae evacuation as soon as possible over the next few days.

"It depends and also we still have some of our vulnerable groups still on Ambae. So until we complete their movement then maybe we'll be done."

She says it is impossible to know how many people still remain on Ambae as it is too hazardous to reach parts of the island to record numbers, so people are registered and counted as they reach their new destination islands.

Dr Tapo says even though the current evacuation is compulsory there may be some people who refuse to leave their island and they will not be abandoned.

"Under the juristiction of the Ministry of Health, we will still attend to even one or two person that is still left back on Ambae."

The Vanuatu Meteorology and GeoHazard Department says the Ambae Volcano remains at Alert Level 3 and a spokesperson says thick layers of ash have affected communities, vegetation and waterways on Ambae with prevailing trade winds blowing significant ash over neighbouring Maewo and Pentecost islands as well.