The nineteen Nauru men facing charges over an anti-government protest will have to wait until September 13th to find out if they are free.

The men were charged after an anti-government protest outside the Nauru parliament in June 2015.

They were protesting what had been a year long suspension of five MPs from the Nauru Parliament,  including a former president and senior cabinet minister.

The charges they face include rioting, disturbing the legislature and entering a restricted area - namely the airport, which is adjacent to the parliament.

Don Wiseman has been keeping an eye on developments and told Jamie Tahana the latest. 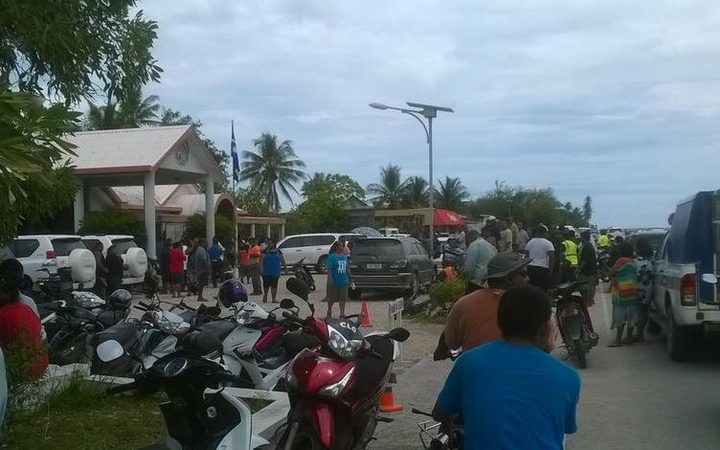 The men, who have given themselves the sobriquets 'the Nauru 19' and 'warriors for justice' last week asked Supreme Court Judge Geoffrey Muecke to grant a permanent stay on their case.

They contend the case has dragged on for too long....now more than three years. It has gone through countless delays - almost all due to moves made by the Nauru government.

The men also argue the charges should be dropped because the Nauru government failed to comply with an earlier court directive, from Justice Muecke, to pay the group's Australian lawyers, to cover some of their costs going back a year.

What did Justice Muecke base this on?

He contended that the Nauru 19 were entitled to a fair representation, that this representation was not available on Nauru, and what was offered in terms of legal aid was a farce.

The lawyers have largely worked pro-bono but as the case drags on the expenses are mounting and at the same time the defendants have effectively been stopped by the government from earning any income.

Judge Muecke gave the government two weeks to make the payment and said if it wasn't done he might put a stay on the case.

The government didn't make the payment saying it would appeal, but it wasn't able to immediately appeal because it had done away with the Australian High Court link - a more incidentally the Nauru 19 believe was deliberately aimed at frustrating their case.

So where to from here for the government?

Well it is in the process of sitting up a Nauru Court of Appeal but it says it won't be fully operational until about October. It has though named a trio of eminent Pacific judges who will sit on it...the chief justices of Vanuatu, Solomon Islands and Kiribati.

In terms of the attempt to have the case thrown out..what are the Nauru 19's chances?

Last week's appeal case ran all week and the defendants appear to be confident that it will be successful, but of course they will have to wait until September 13th when Justice Muecke's decision will be made public.