A New Zealand government MP says the issue of West Papuan self-determination should be heard at the United Nations.

Louisa Wall made the comment at the launch of a new book examining New Zealand's position on Indonesia's Papua region, known widely as West Papua.

Ms Wall told Johnny Blades that she hopes more MPs will read the book and learn about Papua. 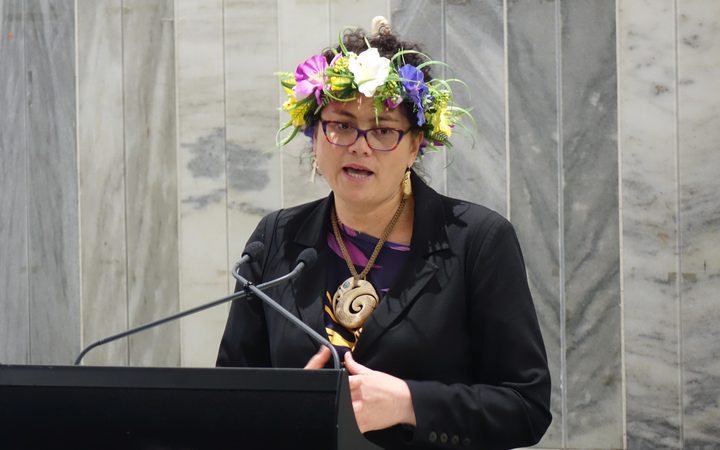 LOUISA WALL: I believe in self-determination, I believe in indigenous rights. This is a right of the West Papuan indigenous peoples to re-litigate something that has been highlighted, actually was done in an unjust and unfair way. It was post-World War II. Obviously it was a convenience for the powers at that time. But I would hope what would guide us are issues of principle, fairness, justice, human rights...

JB: Do you think if more MPs knew about the context of the Act of Free Choice and the referendum, do you think there might be some changed attitudes?

LW: Yeah I do actually, because I believe that through information, people make informed decisions, and the fact now that we have a book titled 'See No Evil' that is quite critical of New Zealand's position, but it outlines the history of the issue, means the pathway forward really is, is there an appetite and a priority to redress an historical wrong? There are growing numbers of us that have become aware and do support the call for a free vote. I supported the call to add West Papua back on to the (UN) decolonisation list. Because actually they were on there and then they were taken off there. But there are mechanisms, and I believe we just need to continue to push the United Nations. And when I say "we" it's the coalition of the willing, really. There are parliamentarians right across the world that support this. But probably the entity that I think would have the greatest ability to influence New Zealand and Australia is the Pacific Islands Forum. And I know it is a priority for them. But at minimum, we should be making sure that the health needs, the social needs of west Papuans are taken care of. And when I hear stories of 72 children dying from a preventable disease (recent measles outbreak in Asmat regency) it's heart-breaking. We really need to hold Indonesia accountable, because they're responsible for ensuring their citizens have equal access to everything that that government provides to its citizens.

JB: Jakarta is very sensitive over international representations over Papua. How do you counter that?

LW: We just have to control what we can do as a parliament. We have a membership across the parliament. It's not more than fifty percent of us. Then obviously we could start to push for change more cohesively as a parliament. But I think individual MPs do what we can. I mean certainly within the Labour caucus, through our Pacific caucus and our Maori caucus, because this is an issue of indigeneity, and it's a result of colonisation, where we understand what West Papuans were fighting for, which is why we've addressed this issue and discussed this issue at our caucus. So we fully support the call for a free vote.