As events are held across the country for Cook Islands Language Week, some New Zealanders of Cook Islands heritage are drawing on music and taonga in their celebrations.

The theme for this year's 'Epetoma o te reo Māori Kūki 'Āirani is "Be proud of your language and protect its future". 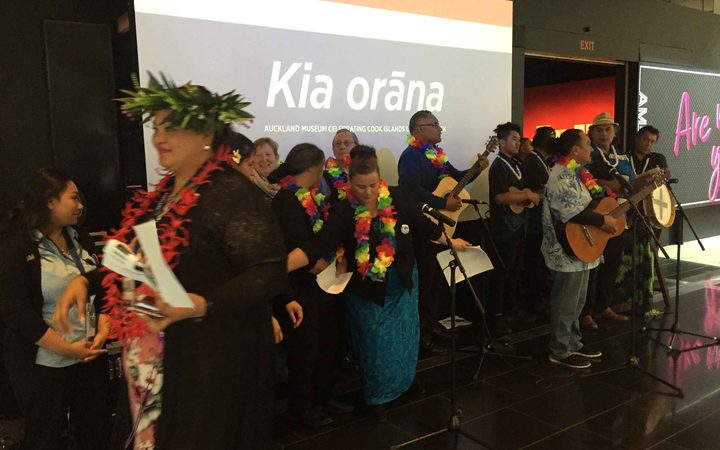 Leading the call at a performance at Auckland Museum is drum master John Kiria.

He is a regular performer at the museum, but this time the former Māori Party candidate is celebrating Cook Islands language week.

Mr Kiria hails from the island of Aitutaki and he says the language is his identity, but music is his conduit.

And if music is Mr Kiria's way of sharing te reo with people, Barbara Afitu's is through taonga.

This week an array of treasures from the Cook Islands have been rolled out at Auckland Museum to celebrate the language.

They are part of the Pacific Collection Access Project, which  manages around 30,000 items from 13 Pacific Islands.

"So, these are incredible."

She's showing off a pair of traditional reef sandals. They're woven from tough fibres and they look sturdier than your average pair of jandals.

"And so, before you had all the $5 Warehouse rubber reef shoes, this is what they actually made from natural materials in the Cooks."

Ms Afitu says future generations will have to learn through their eyes rather than their hands, before passing that knowledge on.

"We've had some elders come in and even they were saying that growing up they thought they heard about some of these treasures but had never sighted them until they came to the museum."