It was co-hosted by the Manurewa, Papakura, Mangere-Otahuhu and Otara-Papatoetoe local boards and supported by the Pacific and Ethnic Advisory Panel. 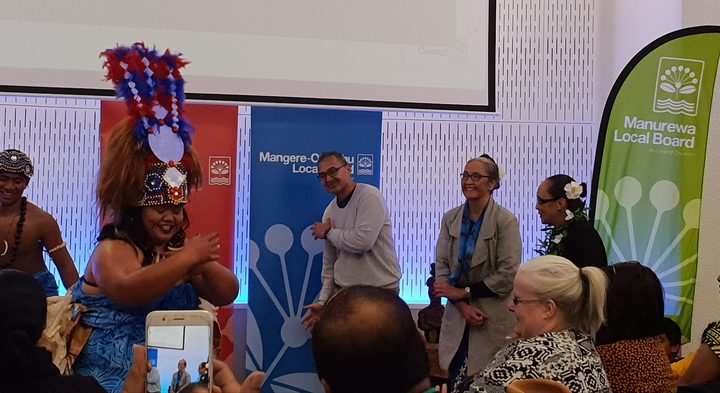 A group of Samoan youth opened the forum held in Manukau, that sparked discussions about how different ethnicities could take turns sharing their culture and dance at future forums.

Damian Piilua is the Manurewa Youth Council deputy chairman, who is also on the Auckland Council Advisory Panel who says while the forum was great, the majority of attendees were older.

"One thing really missing is the young people and voice feeding into all discussions especially as moving forward it is us young people who will feel the impact of these decisions."

The Ōtara-Papatoetoe Local Board chair Lotu Fuli agrees youth are the future and any council decisions made now will impact them.

She says this type of forum helps to break down barriers and promotes inclusivity.

Calls to improve safety and security are also common among ethnic migrants with many still targeted by crime, racist comments and bias treatment.

"I think it is the first step in that journey towards becoming a community that is cohesive, and working together to be more harmonious and build a better city for all of us."

Lotu Fuli says a similar forum is needed in Auckland and West Auckland too,  where diversity might not be as accepted as it is in South Auckland.

"Ethnic People's Panel are looking at doing something similar out West Auckland. Id love to see it all over and not just South Auckland. We embrace diversity already and is it is almost like preaching to the converted."

Damien Piilua says that he encourages youth to get involved with council events as it is often a way to learn about how communities work.

"Personally is the biggest concern is there enough civics education. How to navigate your way through life by doing taxes, and voting and the more we utilise this opportunity the better."

This was also a chance for council representatives to hear from the very communities affected the most.

The talanoa event tackled ongoing community issues like more parks, how to deal with crime, waste and illegal dumping, as well as increased rates of homelessness.

The Minister of Ethnic Communities Jenny Salesa spoke largely about education to the crowd, but did say conversations and connections across ethnic lines matter.

"I'd like to commend efforts of all the boards and ethnic communities are changing. Be a good thing for advisory panels too."

At the last census in 2013, 39 percent of Auckland's 1-point-5 million residents were born overseas and that figure is on the rise.