Transparency International in Papua New Guinea says MPs crossing the floor and claiming they are doing so to secure funding for their electorates is out of order.

So far this month, the governor of Western Province, Taboi Awi Yoto, Maprik MP John Simon and Usino-Bundi MP Jimmy Uguro have crossed the floor to join the government's ranks.

All three claimed they wanted to ensure their electorates would receive government's financial support.

Transparency International's spokesman in PNG Lawrence Stephens told Don Wiseman that if the MPs accepted money to change sides it would amount to an inducement and that is a criminal act. 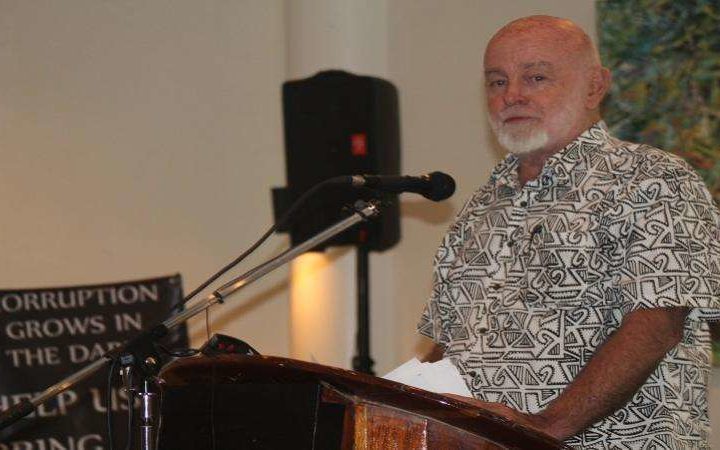 LAWRENCE STEPHENS: Our reaction has  been the same over many years now. We keep hearing this story. We keep hearing suggestions that people are virtually being bribed to move into government. It hasn't just been this one government. We have heard it before with other governments. The reality is that an inducement is a criminal act. Offering an inducement, receiving an inducement, there is actually a crime involved. For people to claim that in order to get the right of their own electorate, they have to move into the government benches - there is something peculiar and wrong with that. It might sound natural to some people but the fact is people are entitled to whatever allocated to electorates. And whether a person sits in the opposition or the government the treatment should be the same. And if there is any suggestion that it won't be the same then those people should refer those who suggest this to them to the authorities for further investigation.

DON WISEMAN: When you talk about an inducement at least one of these MPs said that he's not being paid. If he's talking about that money to ensure the welfare of his constituents does that constitute an inducement?

LS: I am not a lawyer so i can't say whether it would or not but it seems to me that a member of parliament, wanting to be re-elected, feels that he's under obligations to deliver to his electorate. If he's told he won't be given the funds he needs to make deliveries to his electorate unless he joined the government, then I suspect that it could be seen to be an inducement.

DW: Why would a government that's already got a very large majority be making efforts to still drag people over from the opposition.

LS: Yeah it seems a case of the more the merrier. Really you can imagine there are tactics within that. The more you have on the side of the government the harder it is to stage a vote of no confidence, if the opposition were to want to do that. So I take it that [it's] strength in numbers.

DW: How easily can the public find out whether or not what is meant to be paid to the individual electorates and through their MPs - this discretionary income - how clear and how obvious is it to the general public - that money?

LS: I guess the good news is that it is improving. Information is becoming more readily available. There's a number of people, including ourselves, involved in helping people understand how they can get access to the information and track what's happening with the Budget, but I would say they are still long way from being among the advanced nations in that regard. It's still difficult. Easier but still difficult. And we need to keep encouraging people to work their way through and find out just what is coming to them.