PANG push for better outcomes from EU agreement with Pacific

The Pacific Network on Globalisation, or PANG, is pushing for better outcomes for the Pacific in upcoming negotiations with the European Union.

PANG is petitioning Pacific ministers involved in the Post-Cotonou Agreement negotiations to ensure the agreement doesn't undermine regional development or serve to exploit resources in the region.

The group's Trade Justice Campaigner, Adam Wolfenden, told Tim Glasgow they are calling on civil society and individuals to sign the petition. 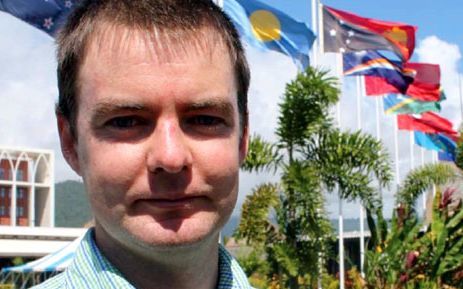 ADAM WOLFENDEN: We're calling on people to support, I guess, a different vision for how the engagement can take place and from that a greater outcome for the Pacific in these Post-Cotonou negotiations. And these Post-Cotonou negotiations are significant in that they will determine the relationship that the Pacific has with Europe for decades to come. It follows on from the previous agreement known as the Cotonou Agreement. The spirit of this agreement is to, I guess, ensure that the outcome is the outcome that we want. And it isn't just an outcome that results in just a few extra aid dollars to the region, without any solid or concrete outcomes that improve the lives of Pacific Islanders.

TIM GLASGOW: How do you think that the Post-Cotonou agreement could undermine regional priorities in the Pacific?

AW: The mandates for both the European negotiations and the negotiators from the African, Caribbean, Pacific side are public documents, so we can see from those mandates a greater sense of what is on the agenda. And on the European side there's a lot of lovely language in there about sustainability and development. But when you filter through it you start to see, what we would argue, is the real agenda from Europe. For the Pacific hey start to highlight things around, you know, access to the resources of the region. And fisheries is singled out as a few times, so is access to seabed minerals. And we know there's a history of interest in seabed mining in the region. In exchange for promises of aid and whatnot the other agenda of access to resource, access to Pacific markets is this underlying push. It builds on what is a very consistent behaviour from the Europe Union in other fora like the World Trade Organisation - where they have a very aggressive agenda on fishing subsidies and even previously with trade negotiations with the Pacific on the economic partnership agreements. So we see it as very much and extension of a dynamic and of an agenda that has decades of history. And we want to make sure that the Pacific fights back against that agenda.

Negotiations are set to start next month between the Africa Caribbean Pacific (ACP) countries and the EU on the agreement, which will replace the existing Cotonou Partnership Agreement in 2020.