Incest and sex features in a new Samoan novel that also aims to dispel colonial and gender stereotypes in the Pacific.

The Samoan writer Sia Figiel has told a tale about forbidden love in a small community. 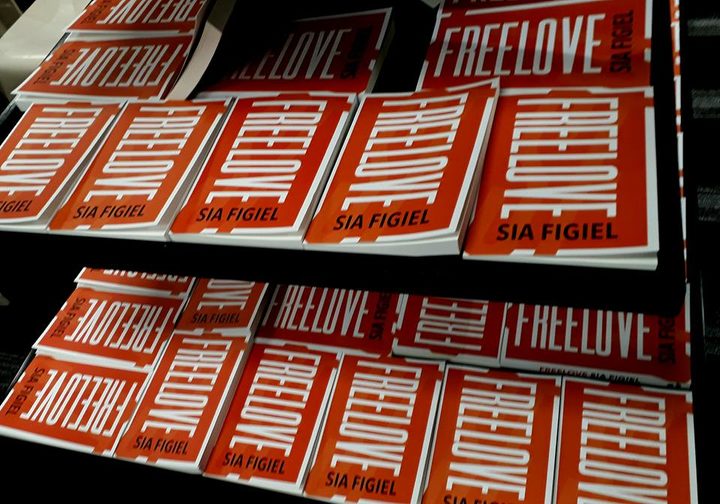 Sia Fifiel's 'Freelove' has been described by Publisher Island Press as the Samoan version of 50 Shades of Grey. Photo: RNZ Pacific/Sara Vui-Talitu

Author Sia Figiel penned her latest novel in just six weeks tackling taboo themes in the fictional setting of Nu'uolemanusa or, in English, Village of the Sacred Owl. It's about a secret liaison between a 30 year old teacher and one of his young female students who comes from the same village.Entitled Freelove, the story is set in 1985, at a time when Madonna's song Like a Virgin and television were all the ra.

"Freelove in many ways is like a fairytale, because when we read we don't want to look at the realities of life and something that takes you away you know."

Sia Figiel says she also wanted to dispel ongoing gender stereotypes about Pacific people with the male teacher Ioane Viliamu, who is also a pastor's son.

"Creating something out of love, it was very emotional. It took me six weeks writing this but I just had to present a different kind of Samoan man. Samoan men are not all violent, and not all lazy, and not all dumb and all these stereotypes."

She says she deliberately portrayed the main character, 17 and a half year old Inosia Alofafua Afatasi, as a good Samoan girl with intelligence and sass who has to face her fears about losing her virginity.

"What I hope that people get from this book is really a sense of love and sense of healing, because I do talk about healing and about how we finally need to heal after so much violence."

"My first thought was this could be promoted as the Samoan 50  Shades  of Grey as it does have some really promiscuous scenes in there, but it is a lot more than that in the end."

Co-publisher Evotia Tamua says they have worked with Sia Figiel for over two decades now, and her style of writing is rare in a Pacific context.

"It is about your courage (cries). Because there are things that go on in societies, that we see and are witness to that we are too scared to say."

The Minister of Social Development Carmel Sepuloni says she's impressed by Sia Figiel's courage  to explore things that are often in the headlines.

"To read this and know, yes these stories are in the Samoan Observer, these stories are in the island whispers of the village, but aren't really whispers as you hear about it across the country, across the world. But you just shout about them and say it is nothing to be ashamed of and is just how it is. So just so proud of you as another Samoan woman, thanks so much. faafetai lava "

Sia Figiel is best known for her first novel, Where We Once Belonged, which won the 1997 Commonwealth Writers Prize and Best First Book for the South East Asia South Pacific region.