Luamanuvao Winnie Laban has been formally invested as a Dame Companion of the New Zealand Order of Merit today for services to education and the Pacific community. 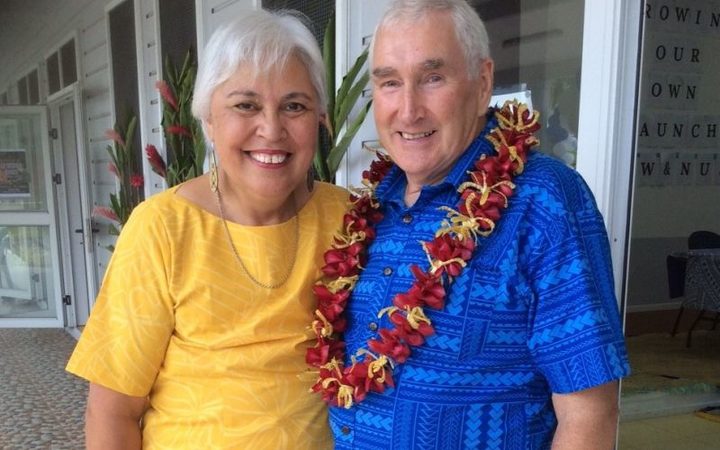 Luamanuvao was the first Pacific woman to enter Parliament as an MP in 1999, and is now the first Samoan woman to be made a Dame.

Dame Winnie says she feels honoured to be recognised -- but it took her by surprise.

"But then I remembered our parent's journey, when my parents in particular came in the 1950s who came on a boat from Samoa with dreams.  And it is that hard work and sacrifice that for me makes me reflect on why this award is so important because it acknowledges the Pacific journey of sacrifice and dreams but more importantly bringing up a generation who must make use of the opportunities."

She says she's motivated by a Samoan proverb for her leadership of service.

Dame Winnie already has a Queens Service Order and is currently the Assistant Vice Chancellor at Victoria University in Wellington.

Also in this year's honours list - three Pacific women have been made Officers of the New Zealand Order of Merit.

The captain of the World Cup winning Black Ferns, Fiao'o Faamausili, for her services to rugby.

"This is definitely something that I never thought I would be able to achieve but I've accepted the honour and I will continue to help those who need the help."

Ms Faamausili says she also hopes her story can influence others.

"And if inspires one little girl out there to achieve a certain jersey and I'm definitely doing all right in my job."

Fijian artistic Director Nina Nawalowalo has been recognised for her services to theatre and Pacific culture.

She says she's been privileged to work with a lot of talent to tell unique regional stories in theatre, including stories that empower women's views.

"That is what I am so committed to is enabling people to have the skills to tell their stories, which is of such interest. And being able to have the opportunity to do that in all these places, and in all the places is my deep love of exploring identity and Pacific women's identity and their voice in the world today."

Caren Rangi, who is an accountant/auditor, is the other officer, and has contributed her services to the Pacific community in a range of governance roles.

Other Pacific recipients in the Queens Honours list are:

Sai Lealea, whose now an Honorary Member of the New Zealand Order of Merit, as is Reverend Setaita Veikune.