A Papua New Guinea MP has been referred to the Parliamentary Privileges Committee for a Facebook comment labelling a fellow MP as "dumb".

Madang MP Bryan Kramer's comment was directed at his former party leader Sam Basil of the Pangu Pati who is the Minister for Communications and IT.

This comes as Mr Basil has indicated he is considering ways of reviewing the use of facebook in PNG, which could include a temporary shutdown of the social media platform. 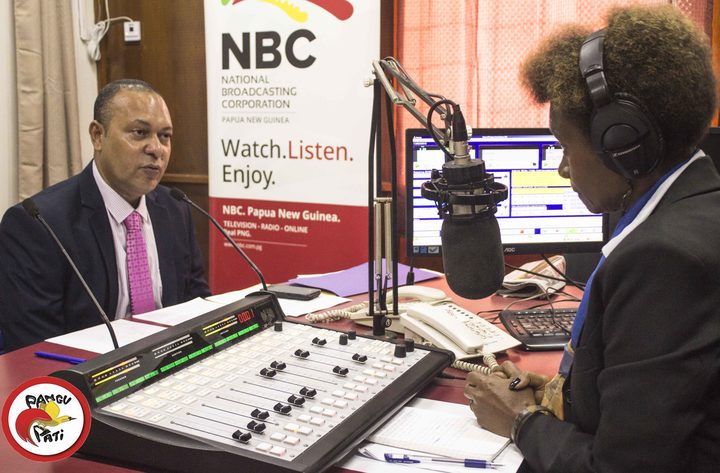 KOBBY BOMAREO: We are leaders. We are elected by the people. Leaders criticise, that's fine. But criticise in a more appropriate manner, not to come on Facebook where you allow other people from society, from the community, to add their view and say much more nasty words. That is not acceptable. If someone want to criticise straight, write a letter and say 'here bro, I'm not happy with you'. But to put it in public media, social media, where you allow people of different walks of life, different backgrounds, different levels of education to contribute, they may say any nasty things and paint a wrong picture of the leader, that's not respectable.

JOHNNY BLADES: Can't you just leave it for people who see that comment to judge Mr Kramer for themselves

KB: No, but he's been tarnished. The leader's name has been tarnished. That's not right. It's not acceptable. I personally... he's my party leader from Morobe. He's my party leader, I have to protect him. If you've got other things to say, you can come tell Basil straight, 'brother, this is not right', face to face. Or call up by the phone to talk about it. Don't go into the public where you open the door for any kind of person to come in, which is not right.

JB: Some people might see this as being a part of the moves to possibly review the use of Facebook in PNG...

KB: No, no, no. no. I didn't come from that end, sorry. That's not the idea. My idea is to protect the integrity of my leader, because already the leader's name has been tarnished in the public throught that Facebook document that he put out. There's a long list of names coming down, giving all the comments that are not positive, it's all negative, giving the wrong impression to the leader. The leader is a leader, he represents the people. And all these opinions about him... how (indecipherable) it feels. This is not right. Learn to respect me, I respect you. If you don't respect me, I don't respect you. Respect the parliament of people, us leaders.