Pacific Trade and Invest says businesses are often forgotten about when disaster strikes with the focus on families and communities.

For this reason members of the Auckland branch of the Otago University Alumni Association decided to help a major business in Tonga that had suffered extensive damage when Cyclone Gita tore through Tongatapu in February. 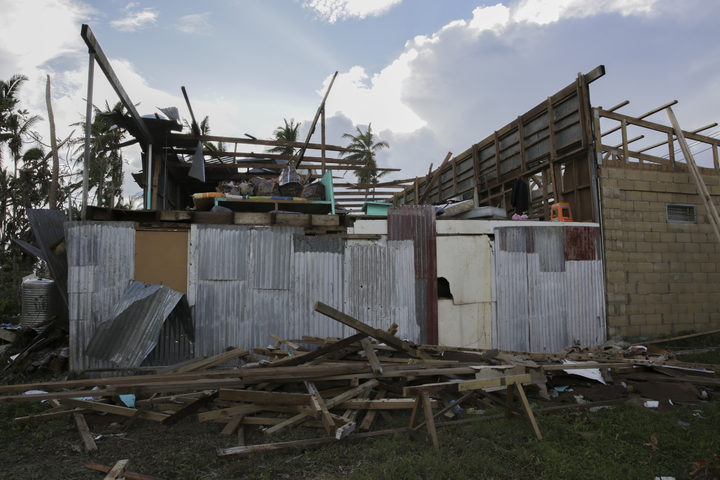 Nishi Trading is one of the biggest businesses in Tonga, providing packhouses for its own goods and for other growers. Managing Director Minoru Nishi said when Gita struck the company suffered extensively.

"We have about five or six sites. Some of the warehouses were completely blown off - the roofs and walls. Two of our packhouses got completely destroyed. Our main and newest packhouse was also damaged. The main damage was [to] our offices."

Pacific Trade and Invest's Michael Greenslade is on the Alumni Association and he says they decided to pull together the businesses they knew and see what they could do. As a result companies like Metalcraft, Fletchers and Matson Shipping got involved. Mr Greenslade says restoring the business is vital for Tonga.

"It employs a lot of people and it also provides the opportunity for Tonga growers to pack and present their produce both for the local market and of course the export market. So in other words this all creates the tills to move again and pushes the economy back into that space of normality."

He says about half the material will go to Nishi Trading. Mel Laird, from roofing product company Methcraft, says after being approached by the Alumni Association several firms got together to see what they could do. He says they are sending over a container load of high quality roofing iron.

"So there is around $NZ40,000 of roofing material that we have supplied that's heading over there. It's all New Zealand steel coil."

"It was quite heart warming for us that there's people out there who care about the situation in Tonga. i don't want to, or can't name all of them in case I omit somebody, but we are very grateful for the support from New Zealand businesses, organised by Pacific Trade and Invest."

The second part of the consignment will be given to Habitat for Humanity which is aiming to help the rebuilding efforts of about 300 families on Tongatapu. Habitat's national campaign manager, Ben Ross, says they will work with Caritas Tonga with a focus on improving weather tightness.

"We will also have volunteers. including engineers who are flying over to help do the assessments, because the aim of these repairs is to leave those homes ready for the next storm. So the goal there is to make sure we are leaving a cyclone resistant home."

Pacific Trade and Invest's Michael Greenslade says the group is hoping the container will be the first of several for the businesses and people of Tonga.

"We have got a number of companies, for example Fletcher Steel gave us the steel in a big cylindrical reel and it was metal craft who in fact pulled in their Tongan staff to press and cut the steel. So what they have said to us is if this all goes well that they are willing to do more."

Mr Greenslade says the only issue they still need to negotiate is getting the material through Tongan customs with no excise being applied.