A human rights advocate says it may be possible that armed Papuan groups could be implicated in Indonesia's new anti-terror laws.

The laws allow police to detain suspects for longer and prosecute those linked to militant groups. 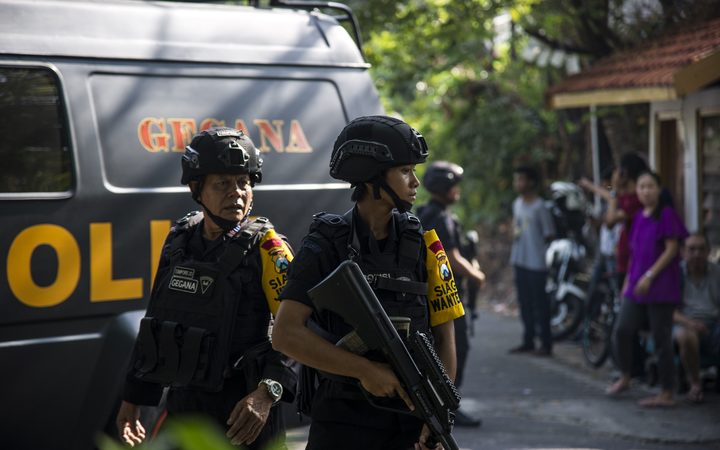 ANDREAS HARSONO:  But the draft law remained idle until the Surabaya attacks in May 2018, when three Islamic State families of suicide bombers, attacked three Christian churches and the police headquarters, using their own children, as young as eight years old, in the attacks. It shocked the public in Indonesia. It was probably the first suicide attack in the world where father and mother bombers detonating their own children. President Jokowi went to Surabaya, saying that he will issue a presidential decree on counter-terrorism if the parliament does not finish the bill. The media coverage and the public shock put a lot of pressures on the parliament to deliberate the bill, spending less than a week to pass it.

JOHNNY BLADES: Are there concerns among the public or rights groups over particular aspects of the new laws?

AH: In 2017, rights groups were worried to see the draft included a part called the "Guantanamo Article," in a reference to the U.S. military prison at Guantanamo Bay, Cuba, where the US government has arbitrarily detained hundreds of people since 2002, virtually all without charge. It also included an article that could deprive a convicted terrorist of his or her Indonesian nationality. Rights groups, including Human Rights Watch, protested those articles. The Indonesian parliament finally scraped those two controversial articles. But Article 6 of the law still criminalizes violence or threats of violence against "the environment" without providing any definition or clarification as to the meaning of "the environment." It also opens a possibility that the Indonesian military is to be involved in counter-terrorism operations. It might create some confusion with the police's law enforcement work. It's especially problematic in intelligence gathering. The military involvement might be justified if Indonesian terrorists could stage an attack like what the jihadists had down in Marawi, the Philippines.

AH: If we look at the definition of terrorism in the Counter-Terrorism Law, it's unlikely to include various armed groups in Papua to be a part of terrorism. In Papua, most violence from these indigenous groups are launched against police and military officers. A terrorism act is per definition targeted against with mass destructions and creating fear. The Papuans obviously do not do that. But this law does not provide definition of what it claims to be other targets of terrorism such as environment, public accommodations or international facilities. It might open possibilities that the armed groups in Papua could be defined as "terrorist groups" because of these other targets.

JB: So, could the evolving definition of "terrorist" implicate more groups in Papua?

AH: The counter-terrorism law is very clear that it's targeted against groups only with arms which include explosives, chemical, biological, micro-organism, nuclear, or radioactive component. It does not include political groups, such as the various Papua separatist groups, which campaign for independence using non-violence method. The law obviously also does not include traditional arms like machete, arrows and bows.