Pacific refugees and migrants
25 May 2018

A refugee suicide on Manus Island this week follows a report that claims healthcare services in Australian offshore detention have been reduced.

The report, which the Australian government disputes, says torture and trauma counselling is no longer available for about 750 men exiled to Papua New Guinea. 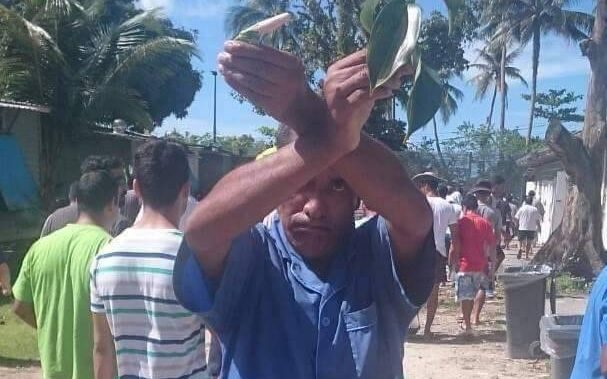 Rohingya refugee Salim Kyawning had been detained on Manus Island for five years when he leapt off a moving bus to his death on Tuesday. An epileptic who often collapsed, Mr Kyawning had a history of mental illness but was neglected by healthcare providers according to journalist and refugee Behrouz Boochani.

"Salim was the most vulnerable, sick refugee on Manus. Many human rights organisations in Australia and also Doctors for Refugees are aware of his case and there are enough documents and witnesses that he was sick and he needed urgent medical treatment. But unfortunately the Australian government, they didn't care about him and they put him in a situation that he unfortunately decided to kill himself."

Natasha Blucher from the Asylum Seeker Resource Centre says Mr Kyawning's poor health was obvious when she met him on Manus last year.

"He was extremely vulnerable and from one of the most persecuted minorities on this earth. A proven refugee he came to Australia seeking safety... instead our government chose cruelty and locked him up on a remote island in awful conditions, with insufficient health and mental health care."

"What we're seeing is a very drastic wind back over the last six months in the level of healthcare that the Australian government is willing to provide for refugees and asylum seekers in its care."

Australia's Department of Home Affairs says its comment wasn't sought for the report which it says airs refuted claims. But consultant psychologist Paul Stevenson says adequate torture and trauma counselling for refugees may never have existed on Manus.

"If anything, any kind of behavioural intervention was punitive. Nobody was adequately given a psychological intervention. There was one psychologist but with the communication difficulties and I think a desire to not try to intervene to make their lives any better that people were just not treated. They arrived with having fled persecution with substantial PTSD (Post Traumatic Stress Disorder) but then they suffered more in the institutionalised lifestyle."

Mr Stevenson counselled workers in Australian offshore detention for about a year.

"Every day there was an excessive amount of self harm and suicidality. I estimated about 400 percent what you'd expect on mainland (Australia). I often regarded the place as being a place where 1200 people were trying to kill themselves every day and 600 staff were trying to stop them."

The UN refugee agency says intensive support for refugees and asylum-seekers remains desperately needed in both Papua New Guinea and Nauru. The agency says it's sending medical experts on another mission to Manus where it says services have been reduced. It says its profoundly saddened by the death of Salim Kyawning, the 7th refugee to die on Manus Island.