Over five decades, the group has written dozens of hits and seen many well known artists cover their songs.

And as Sara Vui-Talitu reports, the group's legacy as a family affair looks set to continue. 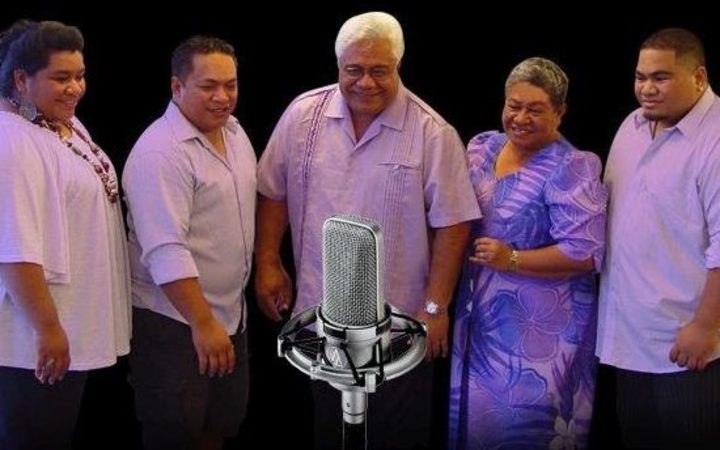 Punialava'a was first formed in the Samoan village of Vailele in 1966 by former school teacher, Reverend Iosefa Lale Peteru.

He performed with his parents until 1968 when they recorded their first song.

Then together with friends, Reverend Peteru wrote and produced hits during the 1970s that were played by the Samoa National Broadcasting Service, and the rest is history.

The group has changed members over the decades, but the music and lyrics stay true to the heart of Samoa and Pacific culture, as Reverend Peteru explains.

"We've done that cos we wrote different  songs, different genres, different themes that help people during times of tribulations and other hard times of life."

She says the family was surprised by the award, but glad to be recognised for its work.

Vini Peteru says it's now time for her four children to take up the mantle.

The eldest, Nanai Viellani Lale Peteru, says his parents took him into the music studio as a baby and he's been closely involved ever since.

He says being Samoan born and recognised for their music in New Zealand means a lot.

"I was just telling mum and dad that all these New Zealand musicians we have met since moving here, and all other Samoans - NZ born and American born - all outside of Samoa all have the same story. Once they find out they always say, 'Oh my God, I always grew up listening to your music.'"

Nanai says while Samoan music has a unique sound, it seems to connect with other nationalities.

"But it is so popular worldwide. We want to do that and bring out Samoan music out to the world to appreciate and whether they don't understand the lyrics, I'm sure it will take something with them to heart with the sounds of the music and vocals."

Nanai's brother Punialava'a says the children appreciate the importance of using their native language, but admit they need to work on their songwriting as they're not yet as good as their dad.

The family and full band will perform a medley of their top ten songs at the music awards on Thursday night in Manukau, South Auckland.