Strong leadership is seen as one of the essential ingredients for national human rights bodies to thrive in the region.

It's one of the tips to come out of a recent brainstorming session on the challenges and opportunities for institutions such as ombudsman offices and human rights commissions.

The Pacific Community says the region's seen a doubling of what are known as NHRIs in the past year.

Some are still in the pipeline, but a senior human rights adviser with the agency, Jayshree Mangubhai, told Sally Round they can learn from each other on how to deal with the challenges. 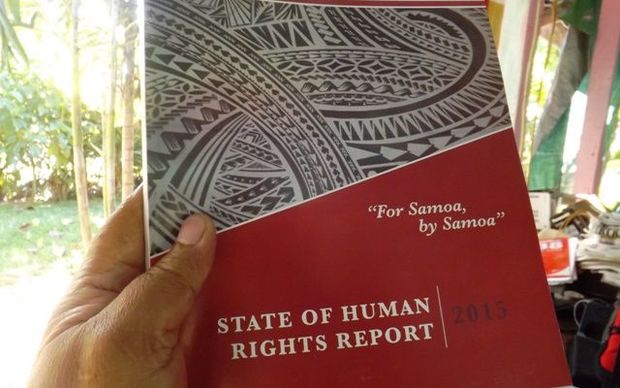 JAYSHREE MANGUBHAI: A lot of these institutions will operate with very small staff, there's a need for a greater focus on say capacity building given that human rights in a way is still quite a recent conversation in the Pacific and to find people that have the specialised skills and knowledge to be able to undertake the functions of  the national human rights institution. There's also the huge challenge of community outreach, awareness-raising on what is the mandate of these offices and what they can and cannot do, particularly in countries say like Tuvalu where the office will be located in Funafuti but you've got to reach out to very remote islands and to be able to communicate what and how the office can support every Tuvaluan equally in understanding and in realising their human rights.

SALLY ROUND: And what about the independence of the institutions. Was that touched on?

JM: Yes. So that was again talked about, particularly that fine line that NHRIs tread in terms of to be Paris Principles compliant, having to be independent, yet having to then of course face the pressures from government and then also from civil society. So there was a broader discussion around that is again one challenge in terms of developing good relationships both with government and with civil society while still trying to remain independent and that is always going to be an ongoing challenge for many countries, particularly in small countries where people are much more interconnected and seen as being related or connected in some way  to either government or civil society presence.

SR: So what were some of the recommendations or ideas the round table came up with in order for these institutions to actually thrive in the region?

JM: So some of the discussions were really around issues around leadership for example and the need for a strong leadership  that can build those relationships and maintain that independence. There was talks about how do we attract qualified staff and how do we link up with the various capacity building opportunities that might be available  in our region or from Australia and New Zealand and elsewhere to help strengthen the quality, qualified staff ... we spoke a lot about the success for example of the Samoa Ombudsman Office. (It) has been very successful in terms of translating the principles and standards of human rights in the context of Fa'a Samoa and Samoan culture and how that is a key element and ingredient  for success. There was also talk around good strategic planning and how we can all support NHRIs to develop good strategic plans that help them see what are their priorities, what they can concretely achieve given the challenges of being very small offices with very small amount of resources and how they can draw upon and support from civil society through, for example, advisory councils and be able to reach out to the plurality of people in their country. And another aspect was, of course, and something that we have recently been supporting, the Tuvalu Ombudsman and his staff to travel to Samoa for a study exchange to be able to understand what it means, since Tuvalu has just enacted their national human rights institution Act last year, for them to understand what does it mean to operate with a dual mandate of good governance and human rights and really to see how can we foster this alliance of Pacific national human rights institutions that can further learn from each other and support each other.

SR: And was there really a willingness to make these institutions powerful organisations within the countries or was it that this was something that was putting too much pressure on them?

JM: I think in general I do see a shift. I mean certainly I think there might have been some feeling of pressure from the international community but I think much more than that has really been countries actually seeing that as they accept more and more human rights commitments  and as they are implementing on the ground  that human rights institutions can play a vital supportive role to government and I think particularly the education function and particularly the translation of human rights in ways that people can understand and ways that resonate with Pacific cultures, that aspect is something that I think more and more that countries are seeing that that's an important role and a role that a national human rights institution can very aptly play.