New Zealand's plans for a Pacific "reset" on track

New Zealand's efforts to help improve the economic and social well-being of Pacific island countries under its Pacific reset plan is on track and the upcoming budget will reflect that.

That's according to New Zealand's foreign affairs under secretary, Fletcher Tabuteau, who is attending the Forum Economic Ministers' meeting prior to the Forum Leaders' meeting in September.

Mr Tabuteau told Sara Vui-Talitu the feedback he's taking with him from the private sector is that Pacific nations need more help with certain areas like labour mobility and better paid jobs. 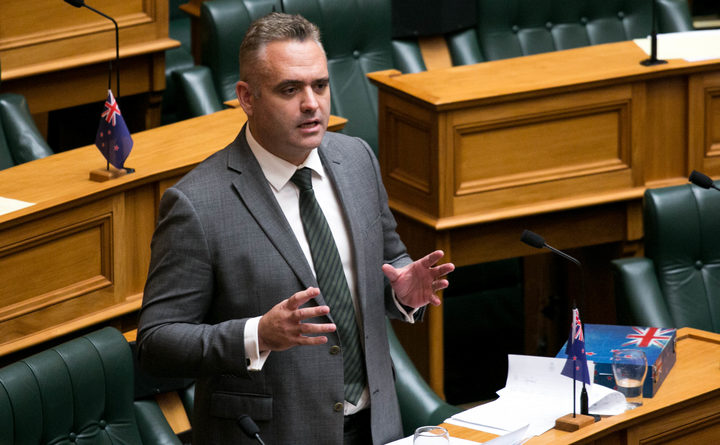 FLETCHER TABUTEAU: The messaging had really connected and resonated with governments throughout the Pacific and the feedback was just genuine joy and some of the ministers were truly elated to hear that messaging from Winston. So in terms of the message itself it was incredibly well received and so what I now am trying to do with the minister obviously is to try and make it a tangible thing on the ground and a big part of that is the budget process, we are currently going through that now, but things are looking positive for some real engagement - more than what we have done over the last nine years.

SARA VUI-TALITU:   The Pacific is such a region of opportunities - economically and empowerment of people socially. So what would that look like for you over the next say six months?

FT: So there are some really tangible things we can do in the Pacific and part of that comes back to the Pacer Plus agreement and enabling trade and all of the technicalities that go around that. Like the non tariff barriers and other things that make it a struggle for some islands to trade offshore. It wouldn't happen straight away but is part of what we are trying to do and to provide some framework for some real investment and hopefully some real capital flows within the Pacific. And that is just a convenient framework to do some of that work and to perhaps put it into a better perspective that means businesses being supportive or exporting to New Zealand or Australia or to those bigger markets and making sure that  they do benefit from the work New Zealand is doing to benefit our Pacific cousins.

SV: Would you say that Pacer Plus is still on track even though not all the countries have backed it?

FT: Yep I think that continuing on with the conversations, and over time those conversations are becoming more and more positive and we have got a target before the end of the year to get the eight member ratification, and I think we are on track for that. But nothing is a give in and that's part of my job and the ministry's job, which is to reassure our partners that actually there is a hell of a lot of flexibility in this and they get to choose what it looks like for them as we move forward over time and I think we just need to reinforce that this is not like any other trade agreement you will see in the world in terms of flexibility and support.

FT:One of the important things not talked about much in this modern climate we are dealing with is the kind of rules and structures based between modern agreements between countries. These agreements help smaller nations , New Zealand with the rest of the world or with the Pacific and Australia  for example lay down frameworks in which to engage with each other on these sorts of deals and I do think that the Commonwealth trade idea absolutely lends itself to this conversation no doubt as these kinds of arrangements are so so beneficial for smaller nations. It is not about the big players telling us what is going to happen, how it is going to happen and when it is going to happen.

SV:  So you are on your way to an economic minister's meeting in the region, what are some of the key priorities and interests in the private sector?

FT: I have just finished some meetings with the private sector and some of the key messages are around labour mobility, movement of capital and things like that. This ties in with what New Zealand will be talking about re economic resilience in the Pacific region. So what we are trying to achieve as a government, we have been listening to the private sector - they want stability, they want surety and we are trying to achieve this for them and hopefully they will get well paid jobs out of it. It is an important conference for pacific finance and economic ministers that leads in to the leader's meeting later on in August/ September so we will  be doing a lot of ground work there.

SV: Just in relation to the United Kingdom just announcing they are re-entering the region with posts in Vanuatu, Samoa and Tonga -  what is your reaction to that?

FT: Yeah. We are trying to work to the same end. I don't know if you saw but the deputy prime minister signed an agreement with Boris Johnson just last week in terms of British engagement with the Pacific and New Zealand is totally on board with what Britain is trying to do in the Pacific. It is a fantastic thing.