French Polynesians have gone to the polls in the first round of the territorial elections and the ruling Tapura Huiraatira party has emerged on track to retain power.

In two weeks, a second round will be held, with only three parties left in the contest.

Walter Zweifel has been following the election and Don Wiseman asked him how well Edouard Fritch's party has done. 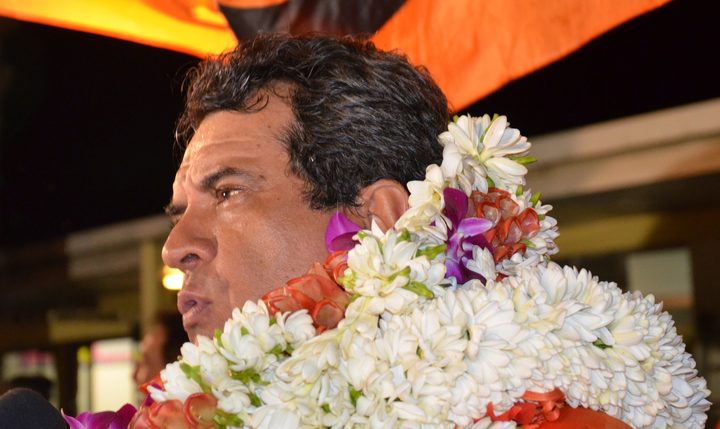 Walter Zweifel: The Tapura won 43 percent of the votes, which if repeated in two weeks, will give it a big majority in the 57-seat assembly. This is the case because the party coming first gets 19 seats as a bonus. The remaining 38 seats are then divided in proportion to the parties' relative strength. Mr Fritch says his party now has to keep working hard to maintain the momentum.

Don Wiseman: The Tahoeraa Huiraatira won 29 percent. Is that a success?

WZ: Its leader Gaston Flosse says he thinks so and suggests the gap is not too big for a victory. Five years ago, the Tahoeraa was the big winner but most of its assembly members left or were expelled to then form the Tapura. He claims that he did well considering that he could not dish out houses and building materials as the government did. He is scathing of Mr Fritch's economic policies, saying the place will stagnate and in five years the country will be dead.

DW: What has been Mr Fritch's reaction?

WZ: In his post-election comment, he said he was always opposed to using state assets for political ends and he is against giving houses and jobs to people according how they vote. These are words from what was the Tahoeraa deputy leader at the last election and a tacit admission that it is the way things are done. Mr Fritch says the Tahoeraa election promises are unrealistic be it in terms of employment subsidies or practically free public transport.

DW: Now tourism is central to the economy. How do they differ there as well?

WZ: Flosse says he wants to get billions of dollars in loans from the United Arab Emirates for the Mahana Beach project which he says will employ 10,000 people during the construction phase and create 14,000 permanent jobs. For him this is what will kick-start the economy. However, just days before the election, the government chose a New Zealand-Samoan consortium to build $US700 million worth of hotels and accommodation as part of the Tahitian Village project. The contracts are yet to signed.

DW: How about the pro-independence party?

WZ: Oscar Temaru's party won 20 percent which he considers to be a success. Having less than half of the support of the Tapura, his party is likely to remain in opposition. He notes that turn-out was very low at 61 percent, hoping more voters will join in the next round. His colleague Moetai Brotherson says many people stayed away because they are disgusted with politics. He says they need to be convinced that there is a noble aspect to politics. He also points to the fact that the two parties coming out on top so far are headed by politicians with criminal convictions for corruption.

DW: Do these convictions matter?

WZ: They don't seem to worry the voters but impact the politicians. Gaston Flosse is banned from office but has Geffry Salmon at the top of the list, and if elected president, Flosse will be effectively run Tahiti as an advisor. A complaint has already been lodged against Mr Fritch for abusing public funds to campaign. And his accuser, who brought down Flosse, is convinced that once this case goes to court, Mr Fritch will be forced out of office.