Britain boosts commitment to the Pacific

New developments announced at this week's Commonwealth Heads of Government meeting in London have underlined a move by the British government to re-engage with the Pacific.

The United Kingdom is opening new diplomatic posts in the Islands, and establishing regional collaborations to help clean up the ocean.

Coming at a time of heightened speculation about the growing influence of China in the Pacific, the UK says it wants to play a more valuable role as a partner to Island countries. 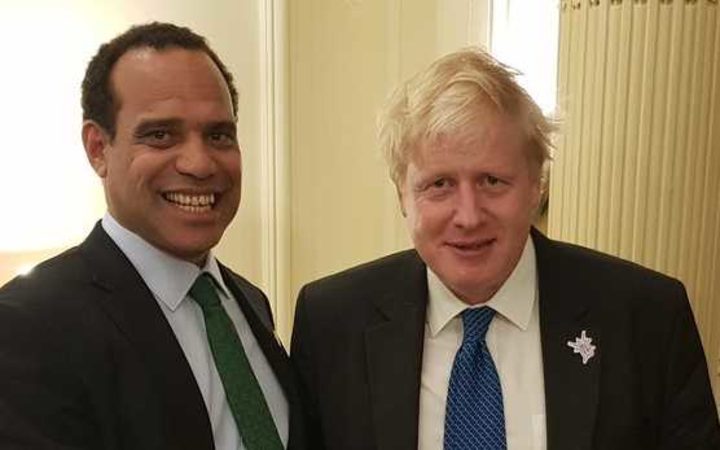 The British Foreign Secretary has announced the UK will be opening new diplomatic posts in Vanuatu, Samoa and Tonga.

Boris Johnson said the new posts were in one of the regions which offer "huge potential and opportunity" for British businesses amid the UK's planned exit from the European Union.

He told the Commonwealth Foreign Ministers that the UK was committed to collaborating on areas of common interests.

He spelt out some specific issues he hoped the leaders could address on a practical level.

"Making sure that women and girls get the education that they need, tackling threat from cyber and making sure that we are all cyber secure. And ridding our oceans of plastics ridding the world of plastics and of course doing something to tackle malaria and other diseases. So we have a very wide ranging but substantive agenda."

Even before the red carpet was laid out in London for Commonwealth leaders, a British charm offensive was playing out in the Pacific.

The Prince of Wales visited Vanuatu this month to inspect how the island nation has recovered from a recent devastating cyclone.

In a symbolic but short visit, Prince Charles was made an honorary high chief taking a sip of Royal Kava, last consumed when his father, the Duke of Edinburgh visited the island in 1974.

In the lead up to CHOGM Britain hosted a Ministerial Roundtable for representatives of Pacific Island Countries,

At this meeting, Tonga's prime minister Akilisi Pohiva described the UK's re-engagement with the Pacific as "music to Tongan ears".

"The British Government's re-engagement in the South Pacific is music to Tongan ears and I take the opportunity to offer the British Government the use of its former Residence in Nuku'alofa from which you departed 12 years ago. In fact before I departed Nuku'alofa for CHOGM I had asked the Chief of Staff of His Majesty's Armed Forces to please deploy some of his men to repair the fence of the Residence as well as the minor damage to parts of the building that had been caused by Tropical Cyclone Gita."

The UK is directing much of its Pacific focus to environmental causes.

It has pledged $US88 million to the Commonwealth Clean Oceans Alliance, a new UK and Vanuatu-led initiative to fight plastic pollution of the Pacific and other oceans

It's also playing a part in the Commonwealth's Blue Charter which maps out principles for sustainable ocean development.

Fiji's Representative to the UN , Peter Thompson, urged Commonwealth leaders to support it

"We all know the ocean is in decline. Whether it be through marine pollution or declining fish stocks or the effects of climate change like ocean acidification and warming and rising sea levels. So the time for action is now and I urge all of you who have the opportunity of being part of these action groups of the Commonwealth Blue Charter to."

Meanwhile Boris Johnson also announced the UK and New Zealand will co-host Pacific nations at a forum on Pacific climate change issues in the United Kingdom in December this year.