Voters in French Polynesia will go to the polls on 22nd April to elect a new 57-member territorial assembly.

There will be two rounds of voting, with parties securing more than 12.5 percent of the vote going through to the run-off round on 6th May.

Walter Zweifel has looked at the line-up and Don Wiseman asked him who is standing. 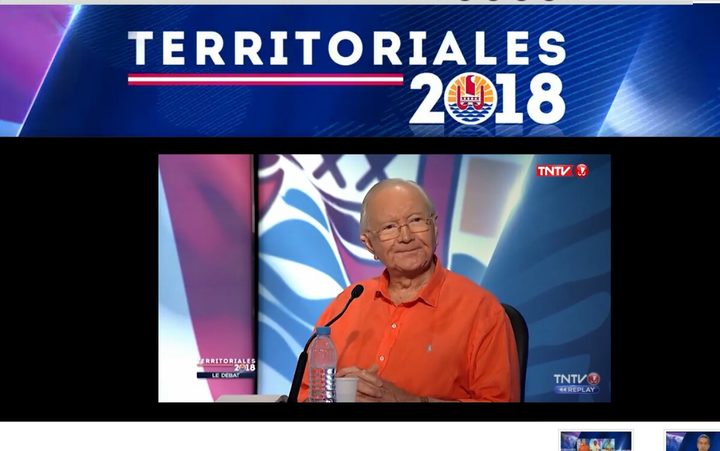 WALTER ZWEIFEL: A total of six parties have succeeded in registering for the election this year.Among them are only two parties from the line-up of five years ago but none of them has been in charge in the lead-up to the polls.The Tahoeraa Huiraatira and the pro-independence Tavini Huiraatira are now in opposition yet both are in with a chance to return to power, in part because of the vagaries of the electoral system.The outgoing government is made up of members of the newly formed Tapura Huiraatira which has soaked up one assembly member after another from the Tahoeraa led by Gaston Flosse.

DON WISEMAN: How did this Tapura party come about?

WZ: Convulsions within the Tahoeraa began in late 2014 after Flosse was forced to resign because of a corruption conviction which was accompanied by a ban to hold office. His fortunes have see-sawed for more than a decade but briefly reached a new high at the 2013 election when his Tahoeraa won two thirds of seats. His deputy and successor as president Edouard Fritch was seen as defying the party line, leading to defections and expulsions from the Tahoeraa. Ultimately all anti-independence politicians who weren't in the Flosse camp converged to form the Tapura Huiraatira last year which has had a majority.

DW: What about the smaller parties? How are they likely to fare?

WZ: The first round of the election will in all probability eliminate about half the six parties because of the 12.5 percent threshold.Two of the three new formations are led by dissidents of the Tahoeraa and Tavini. Marcel Tuihani had been a Tahoearaa stalwart and the president of the territorial assembly but after falling out with the party last year he formed Te Ora Api no Porinetia. Tauhiti Nena, who had been a minister in an earlier Tavini government, has formed E Reo Manahune. Another new party is the Republican Polynesian Union. As required by the electoral system, a party list has to have 73 candidates, alternating male and female candidates in line with French rules on gender parity. Three parties intending to run this year failed to register on time.

DW: How could this happen?

WZ: One of them missed the deadline set by the French High Commission by a mere few minutes because of traffic problems. Another new party, Our Movement, has written to the French President, highlighting what it considers the obstruction of lower level officials who refused to certify documents candidates need to stand.It has launched a petition asking for the election to be deferred and guarantees to be given that aspiring candidates are not exposed to undue pressure.There have no opinion polls.Preceding the campaign, the main parties held pre-election congresses which were attended by thousands of supporters and are viewed as a likely gauge of their popularity. The Tahoeraa attracted the largest crowds, followed by the Tapura.

DW: What have been campaign issues?

WZ: The Tapura has been campaigning on its record of recent economic growth while the Tahoeraa claims that 55 percent of people now live in poverty, making job creation an urgency. After a general strike over proposed pension reforms, the Tahoeraa vowed to keep the retirement age at 60 while the Tapura says raising it to 62 is its priority after the election. The Tavini, led by Oscar Temaru, wants to regain sovereignty and usher in policies that foster local primary industries. It has called for probity in politics and urges voters not to choose politicians convicted for abusing public funds.This targets the Tapura of Edouard Fritch, which has nine corruption convicts standing, as well as the Tahoeraa, which is led by the territory's worst offender, Gaston Flosse. The probity issue is also the hallmark of the minor parties which campaigned on the basis that they had no corrupt candidate. Both the Republican Polynesian Union and E Reo Manahune, which includes the Greens, push for more self-reliance in food production.

DW: What will this first round of voting tell us?

WZ: Election results will be known shortly after polls close and determine who will make it to the run-off on May 6th. In the second round, the bonus system kicks in under which the party winning most votes automatically gets 19 seats. The remaining 38 seats are then divided in proportion to the votes the parties have received. The rivalries between the main parties however are such that no coalition is likely. The traditional rivalry between pro- and anti-independence parties has been diluted by the infighting within the Tahoeraa and the emergence of the Tapura. The electoral system was re-introduced by France to ensure there is a dominant winner. It will in all probability produce a stable government that represents only a minority of voters.