Albert Mateni's Hearts of Men is about a Tongan boxer's dream of winning Olympic gold and the adversity he faces getting there. 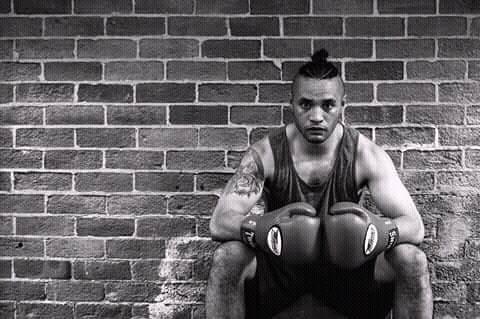 Albert Mateni's play comes from his love of Tongan stories with themes of faith, family and culture, alongside his love for boxing.

Mr Mateni says when he graduated from drama school he found it difficult to get theatre work.

"I finished drama school I remember our drama teachers always said, it's hard for Pacific Islanders to get work in this industry, so they just said, create your own work. I was working full time and I just thought I want to give writing a go and actually tell stories that I would like to see on stage and hopefully our brown people would like to see as well."

Mr Mateni began Hearts of Men in 2013 while working full time and writing during his lunch breaks.

"I'd sit down and just write scenes and scenes and scenes and then I'd try and put it together to try and build the story, but when I put the script in I think I had way too many storylines in the one piece and I think it's because it's my first actual story I'm telling as a writer, so it was good to have Vela come on board and not only Vela, but also all the actors as well help me mould the story into how I want to tell it on stage."

Mr Manusaute says there is not enough Tongan theatre production in New Zealand.

"There are not many Tongan theatre or plays that are going out, but you know I've done so many plays and this one is special because there are, you know, a lot of young people here in this show and it's like passing the torch on to, you know, help them and their journey, shine the light on their journey for their creative future."

Albert Mateni says he spent a year leading up to opening night learning how to box, to get a feel for his character as a young Tongan boxer.

He also based his characters on prominent people in his life such as his mother.

"I would look at my mum, my grandmother, my aunties and I would try and mould her around them because that's all I've known and like the women in my family they're really really strong, so when I was writing it I wanted her to be like that preacher type of mother where she teaches Tevita Leka, the main character, the values of being Tongan."

Malia Ahovelo, who plays the mother, was excited to be in her first Tongan theatre production.

She describes her character as a very traditional Tongan mother.

"The Tongan community who come watch it or the Polynesian people who will come to watch will definitely relate to it. It's definitely relatable, that's why I loved it. I was like, awww this will really like reach out to people in all sorts of ways."

Albert Mateni recently won the 2018 Tongan Youth Trust for Music and Art Award for this play.

Hearts of Men is on at the Mangere Arts Centre until 14th April.