The clean-up is underway in Fiji's west following severe flooding caused by Cyclone Josie at the weekend.

There have been five deaths reported, as well as significant damage to the country's important sugar cane sector.

As Johnny Blades reports, Fiji is becoming used to such natural disasters. 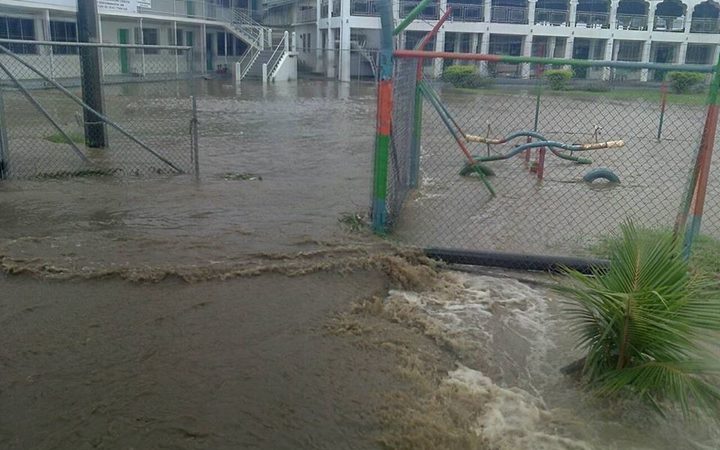 Fiji is now grappling with what Prime Minister Frank Bainimarama has called "an almost constant level of threat from extreme weather events".

Although far from the strongest cyclone to pass Fiji this season, category one Cyclone Josie combined with high tides to drench the Western Division.

The acting principal scientific officer with Fiji's Met Service, Steven Meke, says it began with a trough that approached from the west on the back of months of heavy rain.

"This has been the case for our last flood as well. I think the flood that we had in 2012, and 2009 with a similar situation with a depression then affected us in 2012, it caused severe flooding. It came from the west as well, and it was just dumping all these northwesterly rain bands."

Businesses in urban centres like Nadi and Lautoka have sustained extensive damage.

So too the agriculture sector, particularly sugar cane farmers, for whom the losses will run into millions of dollars.

Meanwhile, the Fiji Red Cross has been assisting with the distribution of government aid.

"Water is the greatest need there. And also government I understand has been making ration distribution in these areas. So the majority of those that live in those rural areas are cane farmers. So the devastation for them, the cane farmers and also their livelihoods, has been very drastically affected."

He says affected communities are resilient, and have not waited for government assistance to begin the clean-up.

Hundreds of people are in evacuation centres and many schools remain closed, with power, water and road access still being restored in some areas.

The National Federation Party leader Biman Prasad says the level of flood damage is a lot worse than that of previous floods.

"The damage that has been caused by these floods is massive and that's why we are saying that the government should declare the Western Division, particularly areas from Nadi right until Tavua as a disaster zone and that will aloow government to then properly undertake the relief and rehabilitation efforts that will be required.

Steven Meke says people in Fiji's low-lying areas should take precautions, because the cyclone season has not finished.

According to the prime minister, the floods are a brutal reminder of the reality of climate change.

Mr Bainimarama says Fijians will work together to recover from this latest disaster, but he says a global effort is required to address the root causes of a changing climate which keep punishing his country..