An environmental NGO has accused a major palm oil company in Indonesia's Papua province of failing to honour the spirit of a moratorium on new forest clearing.

Last year, Korindo, a South Korean-Indonesian joint venture, announced a moratorium on forest clearing in its oil palm concessions, after international pressure against its practice of burning Papuan rainforest.

But Deborah Lapidus of the NGO Mighty Earth told Johnny Blades that while Korindo is adhering to its pledge on its palm oil area, it has since been proceeding with rampant forest clearance on an adjacent logging concession. 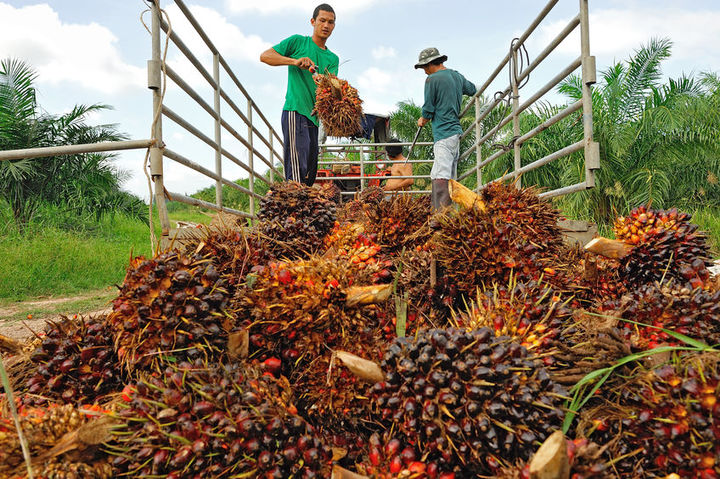 DEBPRAH LAPIDUS: So to speak, they're not looking at the forest, but rather the trees, whjen it comes to the whole purpose of the moaratorium, which was to save the forest that's left in Papua. And at the same time that they have been committed to not clearing more forest on their palm oil concession, we've seen this pretty dramatic expansion of removal of forest in their logging concession which is actually right next to their palm oil concession. So it's clear that they are just doing the moratorium as a green-washing effort to try to appease customers and try to repair their image, rather than doing it
because they've transformed and have really decided that they're not going to clear any more forest.

JOHNNY BLADES: And what has their response been to the concern raised by Mighty Earth that they are expanding their logging area?

DL: They argue that the network of roads they we've identified have been built by the previous owner of the land, which was in control of the land prior to 2011. But our mapping clearly shows that there has been much more recent activity of road-building, and that's plainly evident from satellite imagery. In 2015 they built a major new access road that links their logging concession to their neighbouring palm oil concession. Korindo is trying to cast the blame on other actors such as the previous owner and really evade any type of responsibility for their activity.

JB: Do you know what the Indonesian government is saying about all this, are they involved at all?

DL: Unfortunately the Indonesian government has more or less had a policy to develop Papua into a major agri-business area. They see Papua as the next frontier for the kind of development that we've seen in Sumatra and Kalimantan, both of which used to be covered in pristine forest and now only have about twenty to twenty-five percent forest cover left because it's all been bulldozed or burned for palm oil or for logging. Unfortunately the policy of the Indonesian government has been to encourage that type of development in Papua as the last major place where there's large landscapes left for this type of industrial-scale agri-culture, mono-culture .

JB: Merauke, that whole region, there's a lot going on, intensive oil palm activity and so forth, isn't there?

DL: Absolutely. Unfortunately, we're seeing new licenses issued every day, despite the fact that at the same time Indonesia has said there's a moratorium in place for any new palm oil licensing for any new expansion into forests. So there's also a lot of contradictory policies coming from the government. But they don't seem to be enforcing that moratorium in Papua.