A landowner from Papua New Guinea's Oro Province says he and his brother were returning home to their remote village by dingy for a funeral when a huge pile of felled trees and an extension to the old jetty rang alarm bells signalling an illegal foreign logging operation on their family's land.

Tala Kami says after gathering evidence and gaining support of the Provincial Governor to stop the operation there are now multiple court cases exposing what appears to be widespread corruption in the forestry sector.

Jenny Meyer asked him how his family will rehabilitate the land. 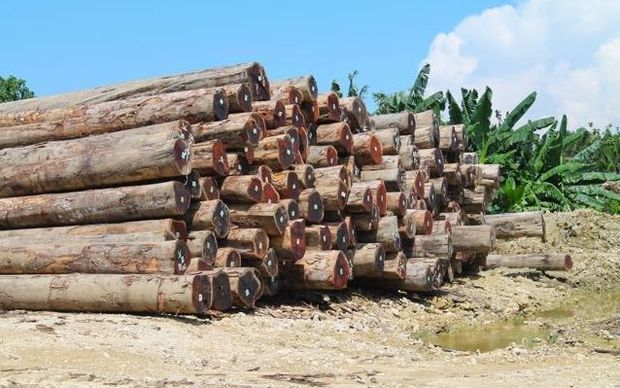 TALA KAMI: That's the most difficult aspect to it you know like, regardless of how much money or whatever may come out of the court proceedings, we're talking about forests that probably won't grow back  for another 400 or 500 years. They cut down some really big logs. Mainly Kwila, so they went in there and they cut down a lot of Kwila trees. So yeah in terms of re-forestation I guess that will come down to the experts. The environmental damage is massive and it's nothing that's going to be fixed overnight. And I just hope that we can find some solutions to fixing the rivers and you know and stuff that affected the villagers' lives on a daily basis.

JENNY MEYER: When will you find out about this legal situation do you think?

TK: So the proceedings have already begun. I do believe the Governor appears in court today, in relation to the company trying to sue him for interfering. But the legal proceedings may take a couple of months until we get any orders from the court so I guess its just playing it by ear but it may take a few weeks to months at the quickest.

JM: Are you confident that your family has secured the land to the point where there's no more illegal activity that can start up again?

TK: Yeah well the thing is the boundaries are set and they are already legally there. This isn't the first time these people have done this in the area. So we've taken them to court and every time they come up with a new way of doing it. And the key to this case is the corruption involved goes right the way to the top. That's kind of what we're finally uncovering here in this particular case. That a lot of influential people and people that are supposed to be looking after the welfare of the land are actually involved in the logging and making money from it. And  I'm talking about the Forestry Department. Because licences were granted without due process. Permission was granted without the landowners signing anything or if they were then the signatures were forged. All of these things are going to come to light when we go to court. So safeguards were already in place to stop this from happening. But somehow they managed to I guess bribe the right people to get those safeguards removed.

JM: So really it's quite a case of extensive corruption and it might be that there are some people in power that fall as well as the fallen trees, right?

TK: Exactly right, all the indications have shown that a lot of people turned a blind eye and a lot of people allowed it to happen when they shouldn't have and so that's what we're trying to work on now is gathering all the evidence to put the spotlight on the people that should have stopped it from happening but instead let it happen.