Hundreds gathered in Apia on Wednesday for the funeral of prominent businessman La'auli Alan Grey in what's been described as a who's who of Samoan society.

Son of the legendary Aggie Grey, the humble Alan was widely acknowledged as the mastermind behind the famed hotel brand.

Alan's son Frederick paid tribute to his father during the service at the Apia Catholic Cathedral saying he drove the business but never sought praise, preferring to give credit to Aggie.

He told of his father's love of rugby and of getting Manu Samoa to the first ever World Cup in New Zealand.

Fellow hotelier Tuatagaloa Joe Annandale was at the service. 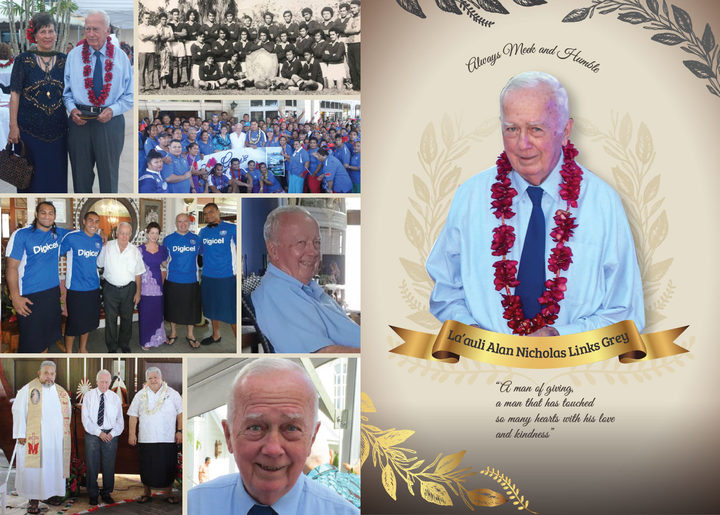