Pacific women writers have their say on climate change

Pacific women and their challenges in coping with climate change have been highlighted in a new Commonwealth anthology.

A mix of new and established authors from the Caribbean, the Mediterranean, the Indian and Pacific Oceans contributed to the anthology.

The Pacific works within it have recently been celebrated at a book launch in New Zealand and Sara Vui-Talitu filed this report. 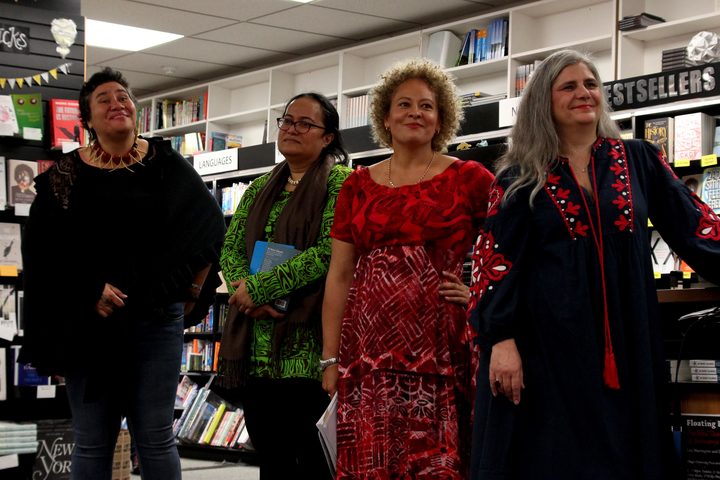 A spokesperson for Little Island press Evotia Tamua says that the seed for this anthology was planted a few years ago.

She says it has been a big success.

"It came out of the Commonwealth Foundation and the Commonwealth writers who put out a call out in 2016 for submissions for poems and short stories and they chose a select few. They had very very hard criteria....and they loved a few of the stories but just couldn't use everything and so they used one story from every island and what we have got are those final stories."

Ms Tamua said it's no surprise the voices from the Pacific are predominantly female.

"It is inspiring and its about time. It is their time. It is our time and things don't happen because they just happen. A lot of work goes on behind the scenes and a lot of our voices are being heard now."

One of those voices, is Samoan writer, Sia Figiel.

Her fiction includes Where we Once Belonged and The Girl in the Moon Circle.

She says any reader will be easily able to identify and connect with the themes.

She says no matter where, at the heart of any island is its people, and the ocean.

"Whether they are about sexuality, desire, dispossession, intellectual property, takeover, but at the core of it, is a very island perspective."

Sia Figiel says women are also at the heart of family.

She says they do their best to give their children a better future even in the face of climate change and other challenges.

"Because they are the most vulnerable, women have also been hurt. Women are also living in poverty. They aren't all at university. They don't all have degrees. A vast number are uneducated."

Poet Mere Taito is a Rotuman islander who moved to New Zealand in 2007 and is now based in Hamilton.

She says there is something for everyone.

"But also land issues, issues of identity they are all here in this book and anyone who has lived on any island will be able to pick it up and find something in there that is relevant to them and that is the beauty of the book."

Ms Taito's work has been published widely in literary journals in Fiji and New Zealand.