NZ and Fiji mark 50 years since Laucala Bay base closed

A sculpture of the Sunderland flying boats that once thundered in and out of a New Zealand air base in Fiji has been unveiled to mark 50 years since the Laucala Bay base closed.

Seventy 70 former Air Force personnel travelled to Suva to see the model of the flying boat, which has been made from parts of an old one, revealed as the sun set and the rain poured down 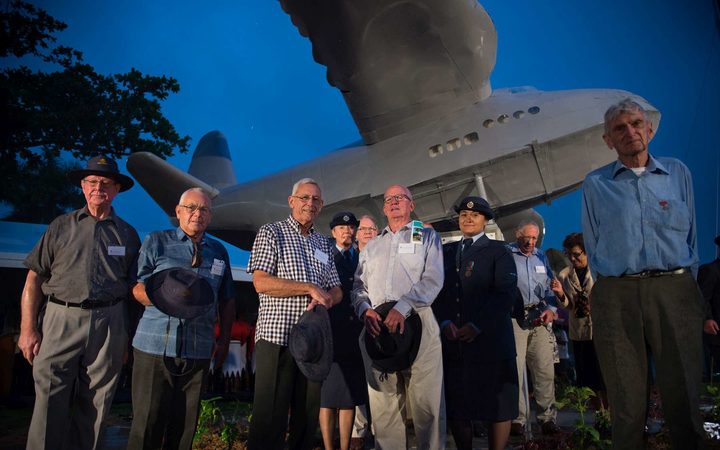 A group of veterans who were once stationed Laucala Bay, Suva, at the unveiling of a memorial 50 years later. Photo: Supplied / NZDF