Auckland gears up for the 26th Pasifika Festival

Pasifika Festival organisers this year are wanting to focus the two-day event on connecting with village co-ordinators and Pacific communities more.

The event is the biggest Pacific cultural festival of its kind in the world and nurturing all those involved is vital.

The annual event kicks off this weekend and Sela Jane Hopgood looks into what is lined up. 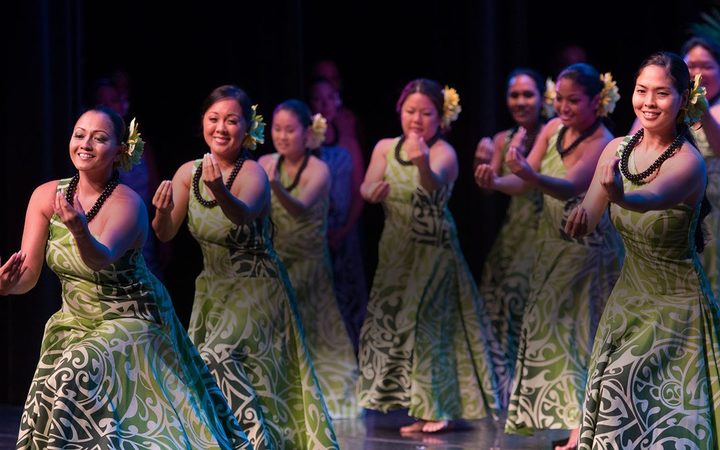 Members of the foundation will take part in this week's Pasifika Festival in Auckland Photo: http://www.namakastudio.org/

26 years ago the festival began as a joint initiative between community leaders and the council to bring Pasifika communities together.

It was also an opportunity to celebrate and share Pacific Island cultures with the wider Auckland community.

Pasifika Festival event producer, Torise Flay, said her team are wanting to stay true to what was originally decided in 1992.

"Paying close attention to what festival-goers love about the Pasifika Festival and what works well is our goal this year. In the past, the village concept was introduced to show the diversity within the Pacific and ensure the cultural integrity and community connections of the festival reflects the islands' diversity in terms of food, culture and lifestyle."

The Hawai'i village is one of the youngest villages, joining the festival in 2013 and will be welcoming its largest performance group showcasing their culture.

Hawaiian village co-ordinator Keonilei Leali'ifano said the group of hula dancers will be arriving to Auckland from Hawai'i just before the festival and will perform on Sunday's programme.

At the Samoan village, an all-female Pacific dance group called Ura Tabu will be performing a twelve minute piece that looks at the traditional art of storytelling and also incorporates puppetry.

Dance member Kolopa Simei Barton hopes this piece will attract audiences from both the young and mature groups.

To be able to perform and to gift something that is so sacred to us to the audiences and to the variations of people that come through Pasefika, not only our own people, but other New Zealanders from different ethnic backgrounds, for them to come and see such an important part of our lives is really cool for us to do.

A new component this year will showcase small and medium size businesses from the Pacific to New Zealand consumers.

The Pasifika Business Market is a project by the Pacific Trade Invest (PTI) New Zealand that has clothing from French Polynesia, a skincare range from the Cook Islands and coffee from Vanuatu.

Trade Development Manager from PTI New Zealand, Joe Fuavao, said the festival is a great platform for the companies to be in the international market.

The main objective there for our companies is to test their products, so it's a great opportunity for them to put their product in front of New Zealand consumers and see what the response is.

Minister for Pacific Peoples, Aupito William Sio, said he has been going to the festival since its inception.

He said it is a yearly reminder of what Pacific communities offer New Zealand.

It's just a symbol that New Zealand is embracing its Pasifikaness. The vibrant colours, the flavours, the foods, the languages, the people. The symbol that that festival provides for us is that we're family, that we have a shared relationship, Pasifika peoples and New Zealand.

Pasifika Festival 2018 will feature around 220 local and international performance groups, more than 200 food and craft stalls over 11 Pacific villages.

The event now attracts over 60,000 visitors each year, depending on the weather, over the two days.