Stories that support gender equality from people in the Asia and Pacific region have been highlighted this month through a social media campaign.

The hashtag #Champions4Equality online movement is run by the United Nations Development Programme and ends this week.

But UNDP want the stories to continue to be shared to not only to help achieve the Sustainable Development Goal (SDG) number five on gender equality, but cross-cutting gender equality through the other SDGs.

UNDP's Salma Elhagyousif spoke with Sela Jane Hopgood on the campaign aims to break barriers for men and women in the Pacific. 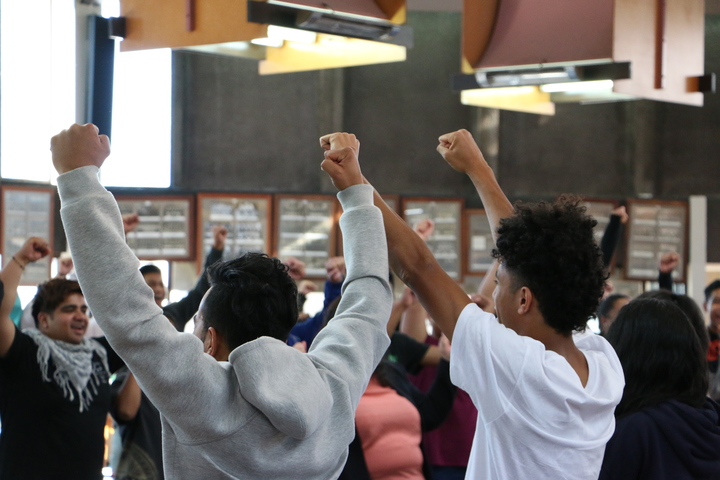 SALMA ELHAGYOUSIF - The record of the Pacific region in terms of gender equality is not the best and there are still many challenges that face women in terms of realising their full potential and also in the regional meeting or the international agreed human rights when it comes to women. Just to give you an example women comprise only 7.5% of national legislative and this is really low compared to other regions in the world. They also have low levels of participation in agricultural labour although there is gender parity in completion rates of primary and secondary schooling. They're also over-represented in the informal sector, which is usually low paid, part time and unregulated and their labour rights are not protected, so just given all these factors, we thought the campaign is important to highlight that women are still facing challenges, but it's also important to celebrate the achievements so far and how we can build on them.

SE - The idea came about maybe just looking at UNDP mandate and unlike the agencies that like focus specifically on women or on different issue to really highlight how we are doing well that promotes gender equality and women empowerment, we need to look throughout all the activities that we are doing, so this is how it came about that if we really want to show what we are doing and celebrate the men and women doing this work, let's look at what we have been doing in different areas of work and highlight these champions, show the world that they have been doing, so it's not like doing a standalone project to improve gender equality or to enhance women's empowerment. That becomes very visible, but when it's spread throughout the work, it might somehow become invisible and the campaign was meant to make it more visible.

SJH - What are some examples of stories from men and women that champion gender equality, the common themes you see in the Pacific?

SE - An example of a lady who is a survivor of domestic violence, so instead of letting the domestic violence sort of break her, she just freed herself from that domestic violence and concentrated her energies as a business woman. We also have a lady who has been just cultivating her fruits and vegetables, but she was able to cultivate more than her needs and as such to increase to sell her produce and surplus and make additional income for her family in Vanuatu, but also provide families in the community with nutritious food. One other example is a young lady from Tuvalu who has been among the first that through our TCAP, which is the coastal adaptation project UNDP is implementing in Tuvalu, funded by the Green Climate Fund, she will be sent for higher studies to become a technical expert that she will help protecting the atolls and the communities.