There are fears that changing the quality of kava exports from Vanuatu could again threaten the reputation of the country's prize crop.

Vanuatu's kava industry is debating the merits of the "tudei" (pronounced two-day) variety of kava, so-called because of its renown groggy effects on drinkers lasting for two days after consumption.

As Johnny Blades reports, this comes as some kava producers push for restrictions on the export of tudei to be eased. 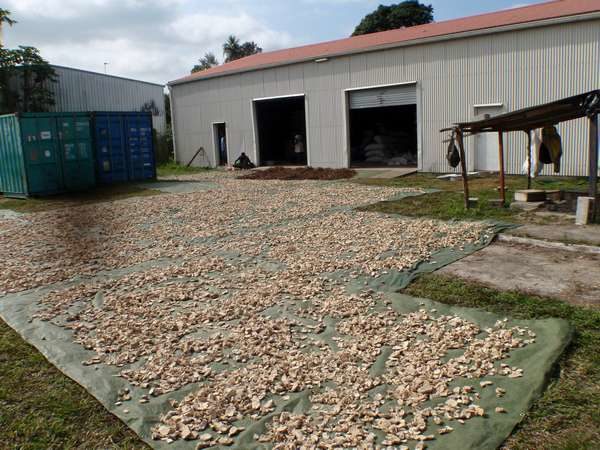 A Vanuatu kava industry meeting was held this month to discuss the tudei issue.

Sensitivity around the meeting was evident in the exclusion of local journalists from covering the event.

It resolved there'd be a review of all scientific literature on tudei, but that Vanuatu's policy of promoting only the so-called "noble" variety would continue.

A kava exporter and chairman of the Vanuatu Kava Industry Association, Michael Louze says the focus on noble kava makes sense because this quality is what importers want.

"The point about the tudei, maybe in the future there will be a market for some components. It's not for the drinking market... but for the same pharmaceutical market that we have now, for the properties. Right now the market is not there. But we should not close the door to it. We should study it more. That was the positive conclusion about this meeting."

However there's an increasing amount of tudei kava being cultivated by Vanuatu farmers.

But others in the industry fear that changing the focus on quality kava exports will risk a repeat of the German-initiated European Union ban on kava imports in 2002.

Based around concerns about liver toxicity from kava, the ban was subsequently overturned, but the reputational damage to Vanuatu kava was enduring.

A German scientist and kava researcher, Dr Mathias Schmidt, worked for years with Vanuatu representatives to get the Europe ban lifted.

Growth in the American kava market has brought this issue to a head.

Mike Munsell runs Kalm with Kava, one of the biggest US importers of kava from the Pacific.

He says he imports noble kava because quality is paramount:

"For our personal business, we will always test kava whether whatever lies in place in Vanuatu, and we wil ensure that we only sell noble cultivars. I believe that creates the best user experience."

Mr Munsell says Vanuatu should tread carefully on the matter.

"Since the enactment of the Vanuatu Kava Act in 2002 we haven't experienced those same issues that were back in the late 90s. So it seems that that took care of the problem. And so if that were to be reversed, it would be be premature, it needs to be carefully analysed and better understood why that took care of the issue before anything is changed."

Vanuatu remains the largest exporter of kava. But other countries in the region like Samoa, Tonga and Fiji are also in the game and gaining ground - these countries don't sell tudei.