Getting disaster response funds to where people need them and in a timely manner is often a challenge in the Pacific.

A dedicated Pacific insurance company has been set up to do just that.

The Pacific Catastrophe Risk Insurance Company is a World Bank led initiative, with financial support from Japan, Germany, the UK and the US.

The company's chief executive David Traill says they're aiming to extend their offering to a wider Pacific base and are looking beyond the current cover offered for climate and seismic events.

He told Dominic Godfrey that through the support of donor nations, they pool risk across Pacific nations allowing for more regional resiliance and autonomy. 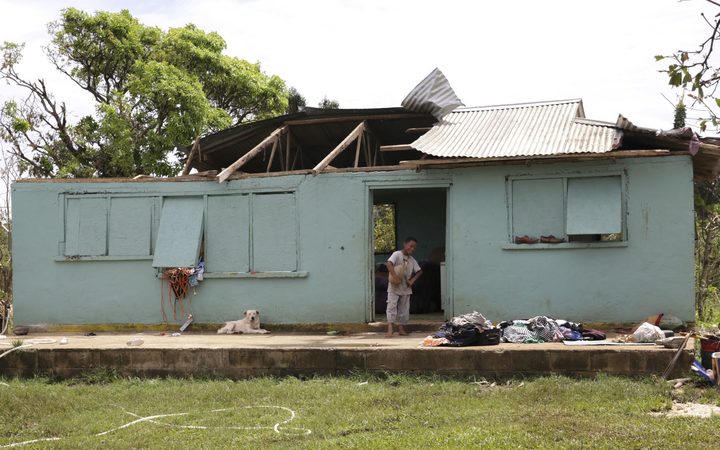 DAVID TRAILL: A big part of the philosophy is around being able to be proactive and to being able to basically do what the country needs to do to actually be there for its people. So a lot of the technical assistance work is actually working with both the disaster risk management teams and also the ministries of finance around their planning for events like this – so, what would you do in the case? – so that when it does happen, we can release funds and they’re also able then to act on them as quickly as possible.

DOMINIC GODFREY: So the premiums for these policies are based on that risk, how much has Tonga been paying annually to be part of this programme? For its US$3.5-million pay-out following Cyclone Gita, what was their contribution towards this?

DT: So over the last few years they’ve been paying a little bit themselves but they’ve also had some support from IDA grants and that. So there’s a lot of very small countries in the Pacific that actually do qualify for these grants because of either the GDP per capita or the fact that they are so small, and so they can actually access some of that grant funding to help them to buy more exposure than they would otherwise be able to purchase right now as we’re developing this product.

DG: And as part of the programme, there are pre-selected triggers, an example of which could be a cyclone of a certain category or an earthquake of a certain seismic significance. How is this decided? How does this come about?

DT: The whole PCRAFI initiative isn’t just about insurance, it’s actually about risk assessment. So the basis of what this product is built on is actually a whole lot of modelling done by the climate experts but also the building experts around how susceptible things are to damage – to try and model when a particular wind speed happens, what is the likely economic losses to a community. And then we basically take a portion of that which we’re calling emergency losses, which is the cost for a government to actually respond and help its people, and that’s actually what we’re trying to model a pay-out on so that we can in essence release those funds as quickly as possible without actually having to go in and assess damage and wait for a whole lot of things to come back. We can give them the money up-front so as they can get out on the ground and actually start doing things.

DG: And because of the previous planning that money is going towards things that are fundamentally important and no snap decisions are being made?

DT: It’s a balance of the two. So each event is very unique. So you want to actually ensure that the countries have got the flexibility to do what needs to be done for this event. And so for some things it might be about transportation. For other things it might be about helping a really affected community that isn’t insured or has been really heavily impacted. So the planning’s important but the planning isn’t going to tell you everything.

DG: What about building stronger more resilient communities after disaster?

DT: A lot of what we want to do is when you have a disaster you don’t want to just jump back into doing stuff that potentially might create more risk for a community . There is a lot of planning that says, if these events happen, how do we not make decisions that actually are worse for our communities? What is all the great work that is going on that is actually reducing the impact that climate change is having on these communities so that we can make sure our products are as affordable as possible?

DG: So far, I gather that earthquake as well as cyclone are covered under the policy and you’re looking at extending this out further?

DT: In my mind it’s really important that governments have options because each country is exposed to natural perils in different ways. So for some people it might be about cyclones, for others it might be about earthquakes. For others it might actually be about flood or drought. And so we want to make sure we’ve got options that governments can then choose from and balance the portfolio around ‘well what do we actually really need?’ so that we can protect our communities as best as possible. So at the moment we are looking at a couple of options around the rainfall. So flooding and drought, especially for the small countries where droughts can be quite traumatic because you don’t have big catchment areas. So I’m looking forward to see how that product develops and see what we can do. 4’15”

DG: What countries are involved in the programme at the moment?

DT: So we’ve five countries involved at the moment. So we’ve got Tonga obviously, Samoa, the Cook Islands, Vanuatu and Marshall Islands.

DG: And extending that out presumably into the wider Pacific at some point?

DT: I mean, ideally we’d like this to be as large as possible so that we can pool as much risk as possible across the Pacific because if we’ve got scale then that actually really does lead us to more self-reliance within the Pacific community. And that gives us more ability to go out and have more conversations with the international markets around – well this is the stuff we need to pass to you but this is the stuff we can handle ourselves. Obvious part of my role is to go and have conversations with other countries and hopefully try and bring them all on board.

DG: Climate Change driven events like cyclones, the intensity is going to increase so the damage will be commensurate with that increase. Is this programme geared for more events, well potentially worse events more often?

DT: It’s a big consideration around what we have to balance up. Our main role as an insurance company in many ways is to try and stabilise short-term results. So in terms of the budgets that a country is setting over the next few years, we need them to have trust that that’s all they need to really worry about. So we take, in a year where there might be multiple or a really big event, we can allow them to scale up their budget to meet that so that they don’t have to tax their communities more. And so for us, we’re working with this long-term planning and development work to ensure that the cost doesn’t get more and more expensive over time but that we can create the stability for a government and a country to actually know that they’ve got a stable base to keep growing their economy and their communities off.