A former Fiji foreign secretary says he's shocked but not surprised at the sudden departure of the country's chief climate negotiator midway through her term.

Robin Nair says it's out of character for Nazhat Shameem Khan to abandon something she was committed to.

The circumstances of Ms Shameem Khan's departure are unclear.

The Fiji government said in a statement she would focus on her duties as the country's permanent representative to the UN in Geneva.

She has declined to comment publicly on the circumstances of her departure and the Fiji government did not respond to RNZ Pacific's requests for comment.

But Robin Nair told Dominic Godfrey it was work she believed in. 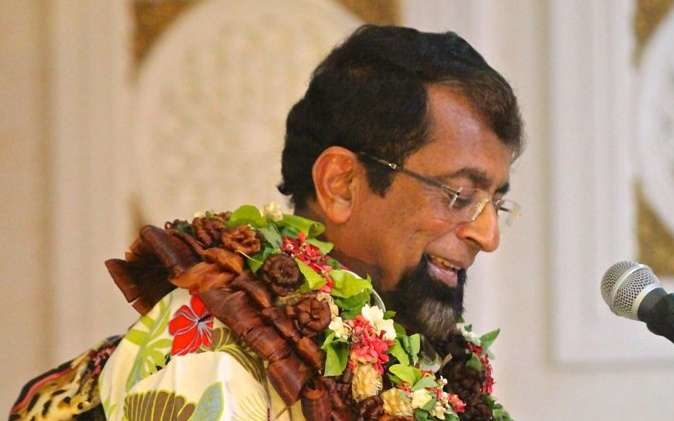 ROBIN NAIR: I am actually quite shocked. When I say shocked, at the same time not so shocked knowing the government administration in Fiji, but she is of exceptional quality. I was one of the ones - at the time I was permanent secretary for Foreign Affairs - who persuaded her to take this role because she was the most qualified person, and we are very proud of her. She was very reluctant to take it because she was very devoted to human rights. At that time Fiji was campaigning to be on the Commission on Human Rights in Geneva and that was a priority and she said to me, 'I've come to Geneva to do this job and human rights is very much in my veins,' and you know she said no. I asked her to sleep on it and tell me the next day. She spoke to her husband and came back and she agreed, and she did an exceptional job. She's very smart, she got on top of the issues very well, much more so than anyone else could have from Fiji. And of course we didn't have the depth in Fiji when we took over the presidency, and she provided the depth.

DOMINIC GODFREY: And she certainly seems to have made a splash on the international stage with regards to the impact of her role over the last year or so with creation of the Talanoa Dialogue - more open and transparent engagement for climate change negotiations and so on - how do you think she's done with that and how is she seen by her peers now in the climate change negotiating community?

RN: Oh very highly and I've spoke to a lot of people - especially because I know the people in Canberra, the delegation that went there - they spoke very highly of her and that she was the one who was able to put things together for Fiji in terms of presidency. So the feedback that I've got, they've really-really spoken well of her.

DG: What kind of a signal do you think this gives to the international community? To a community that's looking for stability in its negotiations on the global stage, that someone of such a pivotal role has left halfway through a term?

RN: Very-very worrying, very-very sad, but Fiji was never ready to take over the presidency. They didn't have the depth and they depended a lot on expatriate help. They had a consultancy and they depended word-for-word on them, and to some extent I think they interfered very much with the perception of the job that Ambassador Khan had and there were problems in that relationship. And in the end I think some of the expatriates did win because she is somebody who will speak up. And in Fiji you can't speak up because the place is run by fear and they feel very insecure when anybody gives them frank an honest advice and she would have done that, and in the end she's paid the price for it.

DG: Now she's keeping her role as the permanent representative to the United Nations in Geneva as far as we know.