Scientists at a recent climate summit in New Zealand's capital gave some stark warnings about the rapidly changing weather patterns in the Pacific.

Their consensus was that the Pacific will face the harshest consequences of global warming before other parts of the planet. 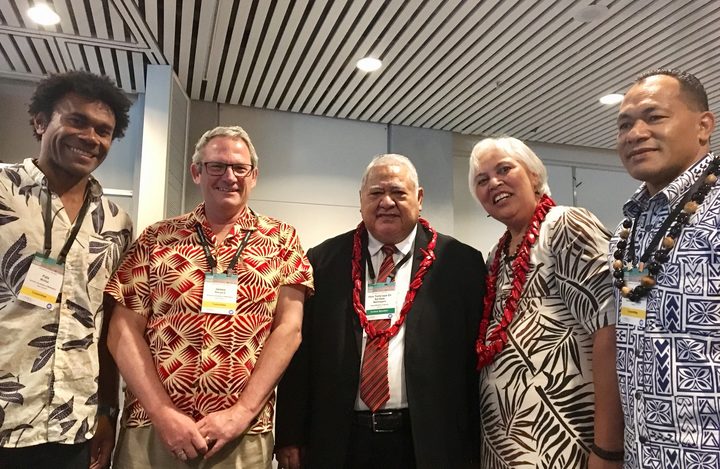 The climate change summit began as remnants of Cyclone Gita swept through Wellington.

One of the event organiser's, Victoria University's Professor of Geography, Environment and Earth Sciences, James Renwick agreed, saying it may be time to introduce a sixth category to the scale.

Dr Renwick says the region can expect an acceleration of extreme events and variability.

"So you can have stronger and more prolonged droughts at the same time as you get heavier rainfall events when it's raining. So that idea that we get more extremes at either end of the rainfall scale is definitely there... more energy in the climate system. Warmer seas. Warmer air. So when you have a tropical cyclone it's likely to be more intense."

But he says temperature increase is more pronounced in the Pacific because of the oceanic environment.

"It'll mean that temperatures get hotter than they're used to faster there. And that will have a range of impacts on the marine environments they draw on and on their farming and on their ecosystems. A lot of their environment will change and their climates can become unfamiliar, unrecognisably unfamiliar in some cases, quite quickly."

"We may have under-estimated the Antarctic contribution by 1 metre, by the end of the century. So add another metre to the 1 metre we're already predicting for global sea level."

However his colleague James Renwick says if governments curb their emissions and keep warming to 1.5 degrees above pre-industrial times, this would save the West Antarctic ice-sheet.

In the process, it would limit the contribution to sea level rise from the ice-sheet's melt   to a matter of centimetres.

"There's still the glaciers melting and sea-waters expanding because it's warming so we would still get something like half a metre of sea level rise over the next century but yes, if we don't, then it could be many times that."

The climate experts all echoed the sentiment of Samoa's prime minister that the 2 degree target of the Paris Climate Agreement is too high and action was needed to achieve the 1.5 degree ambition.

Tuilaepa Sa'ilele Malielegaoi told the conference promises were not enough and that action was needed now.