The Hawaiian community living in New Zealand has welcomed their historical artefacts for the Pacific Communities Access Project.

Around two hundred Hawaiian artefacts are now available to be viewed at the Auckland War Memorial Museum until the beginning of March.

These includes a traditional cape, a Hawaiian tivaivai or quilt, a conch shell over one hundred year's old and ancient books.

Sela Jane Hopgood was at the welcoming ceremony. 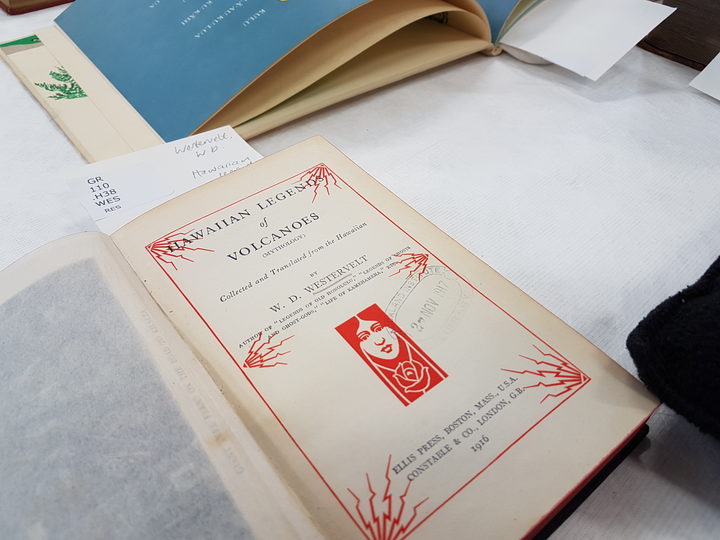 The Pacific Collection Access Project aims to get the Auckland Museum to open up access to its Pacific treasures collection to the public.

Pacific Advisory Group are one of the main supporters of the project. One of its members, Melanie Rands, says this project allows the museum to create a stronger connection with Pacific communities.

"It's really bringing the objects to life and most importantly it's bringing our communities in to share and talk about our taonga [treasure], so it's an incredible opportunity. It's really exciting." 0:12

The project began mid-2016, with each Pacific nation taking turns in alphabetical order to showcase their traditional objects.

Earlier this month the Hawaiian collection was welcomed in a evening ceremony, with the support of the French Polynesia community, members of the wider Pacific community, staff of the museum and the Pacific Advisory Group.

Ms Rands says she has been excitedly awaiting the Hawaiian collection to start as she has ancestry ties to the Polynesian territory.

"I've got links to Hawai'i through my grandfather. I was born here in Auckland and I've been back to Hawai'i a few times and there's only a few of us here actually in Auckland, so it's really nice for me personally I'm meeting a lot of people." 0:14

The Hawaiian collection has a wide range of items including a cylinder container filled with green sand from one of Hawai'i's beaches, Papakōlea.

Another unique artefact on display was the big conch shell called the Charonia Tritonis.

Collection Manager for Natural Sciences at the Auckland Museum, Severine Hannam, says the shell has two stories for Hawai'i.

Keonilei Lealiifano was born and raised in Oahu, Hawai'i and has been living in New Zealand for nine years with her husband and two sons.

Mrs Lealiifano was part of the welcoming blessing of the Hawaiian artefacts, opening with a chant about bringing love to the space of the museum as well as reflecting on her homeland.

She says it was crucial to bring her children to see the artefacts, as the Hawaiian community is not big in New Zealand meaning less exposure of the culture.

"They don't get to experience their Hawaiian ancestry here in Auckland besides being with me, you know, and they're half Samoan, so they have a very rich culture, you know, Samoan culture is very rich here and our family ties are strong, so I had to bring them, you know, just so they could experience and just see these things." 0:19

The Cook Islands, Fiji and French Polynesia have completed their stint featuring in the Pacific Communities Access Project.

Kiribati will follow after Hawai'i with the other Pacific nations following suit until June 2019.