Concerns in the Samoas over state of emergency communications

Concerns are being raised in the two Samoas about the state of emergency communications and the lack of updates during Cyclone Gita.

The radio, which broadcasts messages in the Samoan language, is considered an essential mode of communication by many. 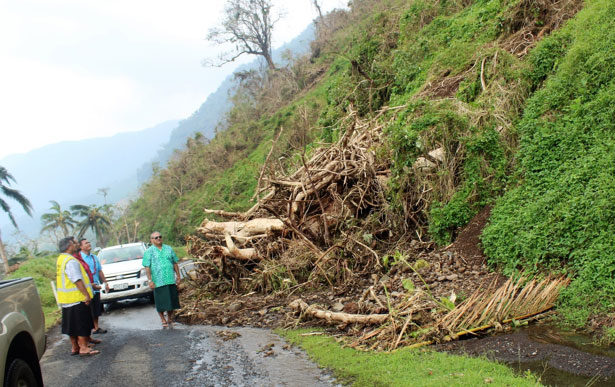 National Radio 2AP is the station that operates as the key source of information during any emergency, with many rural communities often isolated during a natural disaster. It has been serving Samoa since 1947 as the public broadcaster and in 2008 was placed directly under the Ministry of Communication and Information Technology. Freelance journalist, Tuiasau Uelese Petaia, says unfortunately the main AM radio station in Samoa wasn't working properly when Cyclone Gita swept through. He says many locals tried to tune in to be kept informed about the storm especially when they lost power due to downed power lines, but the signal was sporadic. While the FM station in Samoa was still broadcasting, he says the FM signal didn't reach some people, particularly in rural areas.

"The main radio station, the AM station, that everyone depends on for communication and information during cyclones and natural disasters wasn't working before and during the cyclone, and so people who relied on that didn't get any information."

Our correspondent Autagavaia Tipi Autagavaia agrees it was a problem.

I was very concerned because normally with a disaster like cyclones, most people tune into the public state funded 2AP. Normally the radio is on all hours, but it went on and off. And I spoke to some of the staff there, who were teling me that there was a problem with the generator, it is an old generator.

He says the Met Office gave out first warnings late on Friday afternoon as the cyclone was fast approaching. Samoa's Prime Minister, Tuilaepa Sailele Malielegaoi, also voiced his concerns last week, calling for an urgent review of radio stations and transmission masts, saying things could have been much worse if the cyclone was bigger. American Samoa also struggled with its emergency communications during Gita as our correspondent Monica Miller explains.

"Having worked on these systems and weather events for more than 20 years you know that the average mindset of people living in the village is that they wait for authorities, the weather people, to actually tell them to go board your house now and so fourth."

She says a series of problems need to be fixed, such as conflicting information being broadcast, while emergency generators the radio stations relied on didn't kick in after downed trees cut the power supply.

"People were caught off guard. They did not really prepare as normally there would be a lot of advice going out before a system arrives but that did not happen so yeah there are questions and even government people I have talked to are commenting about that and hopefully when this whole thing is over they can take a post mortem and see how these things can be improved."

She says American Samoa also needs to improve its emergency communication strategies, keeping in mind that the territory operates on a slightly different forecasting system to neighbouring Samoa. Officials in Samoa's Ministry of Communication and Information Technology were not available for comment.