Victims of Solomon Islands' bloody ethnic tensions are still calling on MPs to act on the final report of a Truth and Reconciliation Commission set up to identify the root causes of the conflict and chart a way forward for the country.

This is according to one of the last surviving TRC commissioners Caroline Laore.

Speaking from the Shortland Islands Ms Laore urged government to implement the recommendations of the TRC report which was tabled in parliament in 2012 but has never been debated.

She told Koroi Hawkins that in good faith people all around the country poured out their hearts to the Commission in the hope their stories would help create a better Solomon Islands. 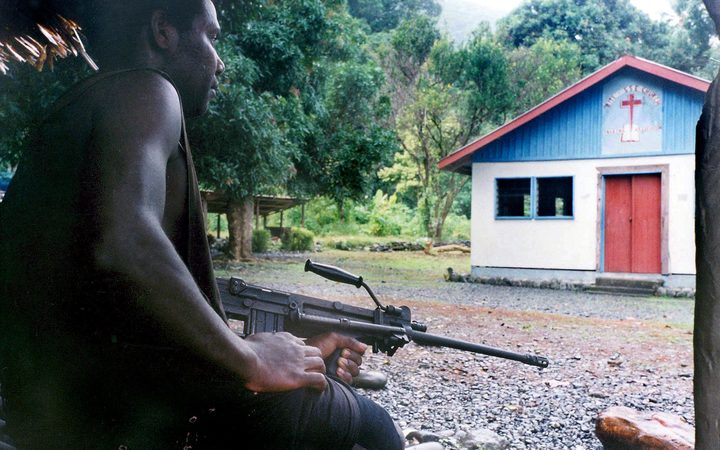 Photo taken on the 20th of July 2003. A militiaman loyal to renegade warlord Harold Keke guards the church where hostages Father Peter Kesimo, Father Alfred Tabo and Father Benjamin Kunu are being held in the Guadalcanal Liberation Front stronghold of Mbiki on the remote Weather Coast, where Keke proclaimed, "We will stand on this land and fight in front of Almighty God." Australia will lead a 2,000-strong military and police force due to land in Honiara on Thursday in a bid to restore law and order to the deeply troubled South Pacific island state. Photo: AFP PHOTO/Ben BOHANE