Tonga's sole representative at the Winter Olympics is not feeling any added pressure to perform in Pyeongchang.

Pita Taufatofua will compete in the men's 15 km freestyle in cross-country skiing on Friday, little over a year after putting on a pair of skis for the first time.

The 34-year-old, who represented Tonga in taekwondo at the 2016 Summer Olympics, told Vinnie Wylie it has taken a lot of hard work and sacrifice to make it to South Korea. 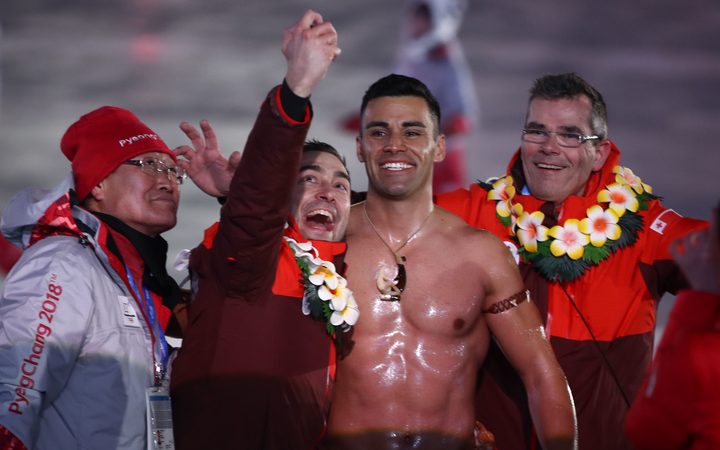 PITA TAUFATOFUA: It took me a year but there's also years and years worth of athletic performance behind that as well just to get to that stage, even though it wasn't skiing, so it's not coming from completely nothing, but all the other athletes have just been positive - it's a good story but also they understand the struggles that I went through just to get to this stage as well.

VINNIE WYLIE: And how are you balancing the obvious interest in your story with having to prepare yourself and make sure you are 100 percent ready for your race next week?

PT: I'll never be 100 percent ready, I don't think anyone ever is. I've got 12 weeks on snow in my life and with that 12 weeks I managed to qualify so all the pressure's off me, to be honest. My goal was to qualify and to see if I could actually get through and I did. I don't have the same expectations that everyone else has to win or anything, I'm just really really happy to be here and I guess very blessed as well just to have gotten through to this stage.

VW: Do you feel any pressure to be competitive, to put on a showing that could say that, "yes I have earned my place here well and truly" in terms of results?

PT: No, I've already earned my place. I mean I had five races under 300 points so that was the pressure for me, to get five under 300, which I found out was actually very very hard but (in terms of) results there's only going to be one person who gets a gold, one who gets a silver, one who gets a bronze and there will be another I think 80 or so who don't, so I'll probably be in that 80 somewhere.

VW: You obviously follow in the footsteps of Bruno Banani in terms of representing Tonga at the Winter Games. You're the only representative from the Pacific - what does that mean to you?

PT: I represent the Pacific. I'm going out there as a Tongan but I'm representing everyone that can't be there as well: to all the islanders, to all the Tongans, to all the Samoans, to all the Maoris, to all the Polynesians, Melanesians, Micronesians, so I'm representing all of them and I'm just happy to be able to get out there and to do that. My goal is to make sure that I do that the best I can. When I race it will be the best performance of me. That's what important to me is that it's always about stepping up your game, always improving upon yourself. People have this common misconception that they were always competing against other people and what happens is that people always get left behind but my goal has always been to improve on myself because that then translates across to life. The race will be one race but then what happens for the next 24 hours, seven days a week, weeks months, years that I have in my life and that's what's important is how it translates across.

VW: Do you believe you can produce your best performance in Pyeongchang?

PT: Yeah I believe I can produce my best performance and that's what I've been doing throughout this qualification process is just giving my best. My best performance is probably a while away from people who have been skiing since they've been born - just in terms of VO2 max and that level of cardio, that's built up over years and years, but in terms of what I've done before I've got no doubt that I can beat my last self.