The police in Fiji have taken Islands Business journalists and a director of the publication in for questioning over an article it published on Friday.

Director Netani Rika said he was picked up by three detectives from his Suva home on Sunday morning for questioning over the article about the recent Air Terminal Services lockout.

The publication's managing director, Samisoni Pareti, and journalist Nanise Volau were also taken in by police, questioned and their laptops and phones taken before they were released last night.

Mr Rika told Sally Round he expects poilice questioning to resume later in the week. 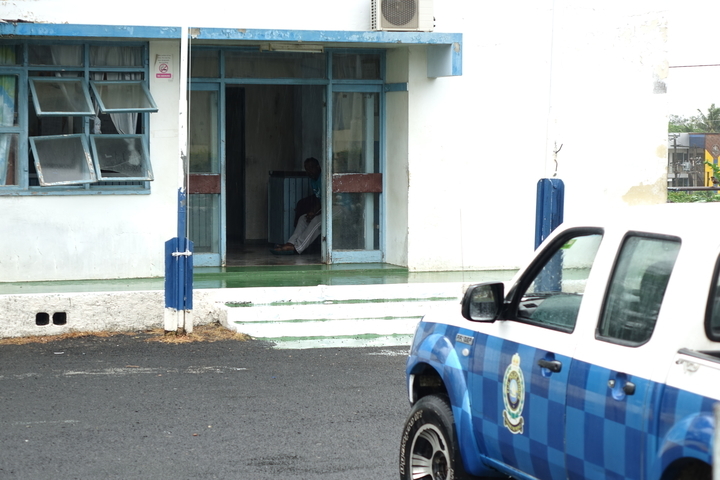 NETANI RIKA: At the headquarters they told me that they wanted to question me about an article concerning the magistrate who ruled over the Air Terminal Services workers case earlier this year.

SALLY ROUND: Sorry to interrupt, just clarifying that the article said that the magistrate's contract had been terminated, correct?

NR: I believe the article is about something like that, yes. I told them I was no longer the publisher of the magazine. I haven't been the publisher since November last year. They said they needed to ask the questions anyway. So solicitor arrived, they conducted the interview, and then the interview was suspended, and may resume some time this week. Later in the day, the managing director and a journalist from Islands Business, Samisoni Pareti and Nanise Volau, were taken in for questioning, and later released, in connection to the same article.

SR: Did the police say in connection with what law they were questioning you?

NR: Under the Public Order Act. I believe section 15, pertaining to seditious articles.

SR: What is your reaction to this?

NR: I think the issue could have been handled in a different manner, but I must say that the police were courteous at all times and afforded us every opportunity for legal representation. I've no complaints about their conduct, but I think this is something that has been blown out of proportion.

SR: They say that they will continue their investigations, that they might question you further on this?

NR: That was the indication they gave yesterday when the interview was suspended.

SR: Any indication that you might be charged with anything?

NR: All they said was that the interview was being suspended for the time being.

NR: I don't know. I've been out of the business for three months now so I really have no idea what is behind this. One can speculate that it has to do with an attempt to bring into force perhaps legislation around the use of social media. But yeah, in the situation that we have in Fiji at the moment, it's difficult to know what the intentions of the government are.

SR: Your colleagues at islands business, has this affected how they're going about their business today?

NR: From what I've been told staff are in high spirits. Samisoni is back at work today. He says that the staff are well, they're coping well. We'll see what transpires today.

SR: We often hear after similar events previously that this sort of thing has a chilling effect on the Fiji media scene. Do you have a view on that?

NR: I can't speak for the rest of the Fiji media and how this affects them. But I believe that Islands Business will press on, regardless.