The captain of the Kiribati ferry which sunk last month may have ignored pleas from passengers to turn back.

About 80 people are feared dead after the Butiraoi vanished after leaving Nonouti on January the 18th.

Seven survivors were found drifting in a dinghy a week later.

Those survivors arrived on the main island, Tarawa, at the weekend, where they were taken to hospital for physical and psychiatric care.

Jamie Tahana spoke to the editor of Radio Kiribati, Rikimati Naare, who spoke to some of the survivors. 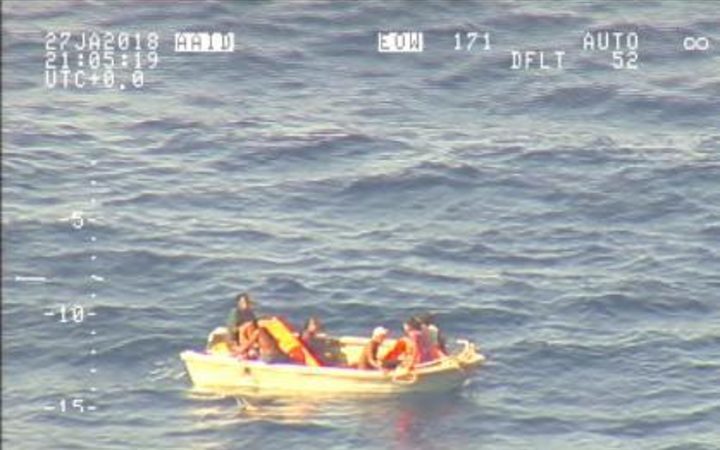 The NZ Defence Force found seven survivors from the ferry on this boat Photo: supplied