The New Zealand minister of Pacific Peoples Aupito William Sio this week made the first visit by a New Zealand government minister to Nauru in 12 years.

He was there to help celebrate the country's 50th anniversary of independence.

And he told Don Wiseman it was a big occasion for Nauru and he was enthralled by his first visit to island. 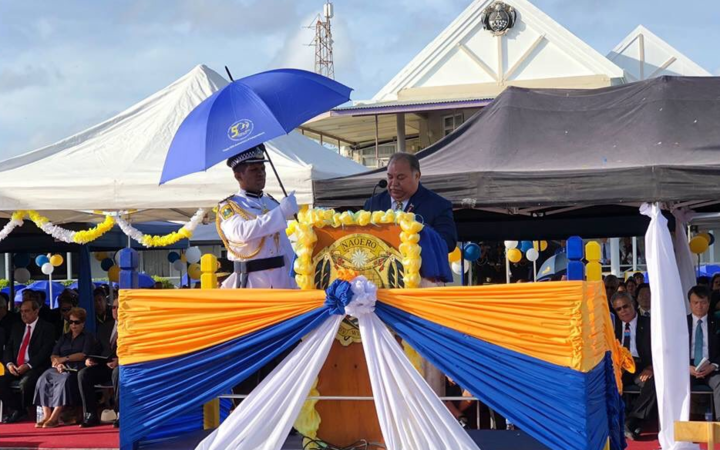 AUPITO WILLIAM SIO: It was a big occasion. A big occasion for the current government, a big occasion for the Nauruan community the 11,000 people, a very diverse community that was there. There was a day where the president of Nauru, President Baron Waqa, was able to reflect on its past and quite open and quite transparent about that legacy of the past, from boom to bust, and those were his words. But it also solidified a re-determination by the Nauru smallest democracy in the world, for their independence and to do better than they have done in the past. And I think for us who were there we came feeling encouraged, feeling that they were doing the right thing for their people and contributing to the region.

DW: yes well there has been a fair amount of criticism over this past week of the fact that Nauru, in its very large dependence on Australia through the refugee centres has next to no independence as it stands at the moment.

WS: Well it certainly receives ongoing funding as a result of those centres but it also receives funding from the fishing licences it issues on a regular basis and it recognises that it can't stand still. That it has got to explore other sources of revenue. And one source also they have started on is they have started selling those hard rocks [left over after the phosphate was mined] to nearby countries such as Tuvalu.

DW: It is a small island in the middle of nowhere to an extent isn't it? You haven't been there before so overall what were your impressions?

WS: It's true. This is my first time visiting Nauru and I was pleasantly surprised. It is a very diverse community, diverse culturally, diverse ethnically, because while we were sitting there in the celebration, there is a strong Solomon Island community, a strong Tuvalu community, a strong Kiribati community, a strong Samoan community, all be it small, but they were there and the met with the prime minister of Samoa. I was pleasantly surprised that the workers who were working in the hotel, some of the business people, some of the security people, were refugees who have become well settled in Nauru. And the fact that they have a multicultural ministry surprised me also. It surprised me because in New Zealand we know very little about Nauru - in the general population - yet we have a long history with Nauru, going back to when Australia was the trustee of Nauru and the co-trustees were the United Kingdom and New Zealand. And so you knoww this visit here was an important learning visit for myself and certainly the learnings I have picked up I will be passing on to the government for their consideration.