Health workers and provincial officials dealing with a deadly measles outbreak in Indonesia's Papua fear they could just be scratching the surface.

A vaccination drive is underway but observers say it's not a long-term solution to the region's chronic health problems. 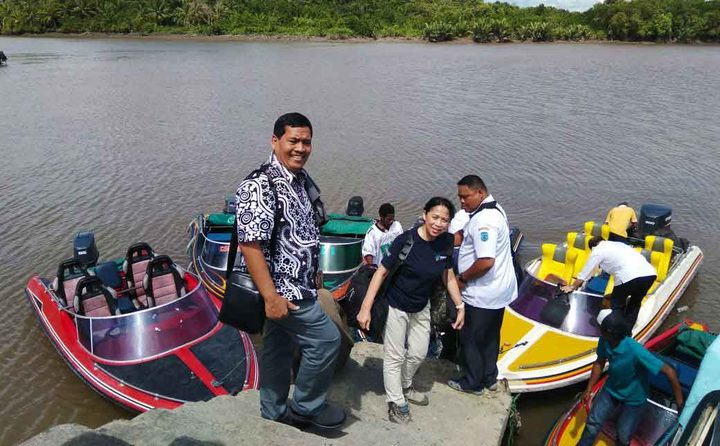 Teams from the Papua provincial health office, Indonesia's national army and ministry of Health have been dispatched to the district of Asmat after a measles outbreak which has killed at least 60 children. They've been innoculating people and supplying medicine and food, with an estimated 10-thousand people suffering from malnutrition. The Ministry of Health's Jane Soepardi visited Korowai tribespeople in one of the remotest parts of the district where she says many children had no immunity. Dr Soepardi says the measles outbreak likely started when some of the community went to festivals in town.

Dr Soepardi says the nine month mission has been ordered by the president and will go into other remote areas. Andreas Harsono of Human Rights Watch says the government has moved quickly in getting to affected areas, but the death toll underscores its neglect of Papuans' basic health rights.

The measles outbreak in Asmat has been exacerbated by malnutrition. Andreas Harsono says he's travelled throughout the Papua region in the past two decades and seen the diets change for the worse. Rice and instant noodles have replaced sago and sweet potato and traditional pork has become too expensive.

"I see it all over Papua, not only in Asmat. Their staple diet changed dramatically. Nowadays I see them consuming rice. Why? Rice is coming from their national government as their main diet."

Mr Harsono says land where sago palm grew is being taken up for palm oil and mining. Dr Soepardi found cases of malnutrition among the Korowai people who were relying on low supplies of rice rather than the traditional sago. An executive assistant to Papua's provincial Governor Dina Ayonda says Jakarta is committed to settling the issue and President Joko Widodo met with the governor last week.

"The president wants the issue to never happen again in Papua because this is a big catastrophe. He's asked everyone to give all the necessary help they can do from the government."